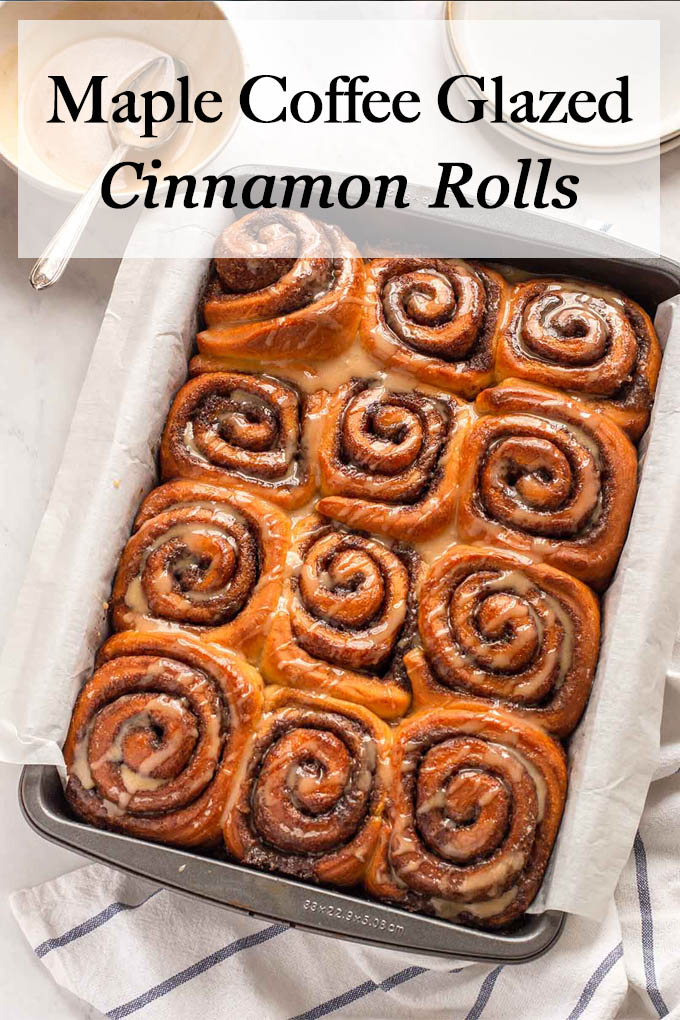 I’ve taken a few of the great things from weekend brunch and rolled them into these soft and sweet cinnamon rolls. What is brunch without maple syrup, cinnamon rolls and coffee? Now you can get all three together in one bite with these Maple and Coffee Cinnamon Rolls.
Jump to Recipe Print Recipe 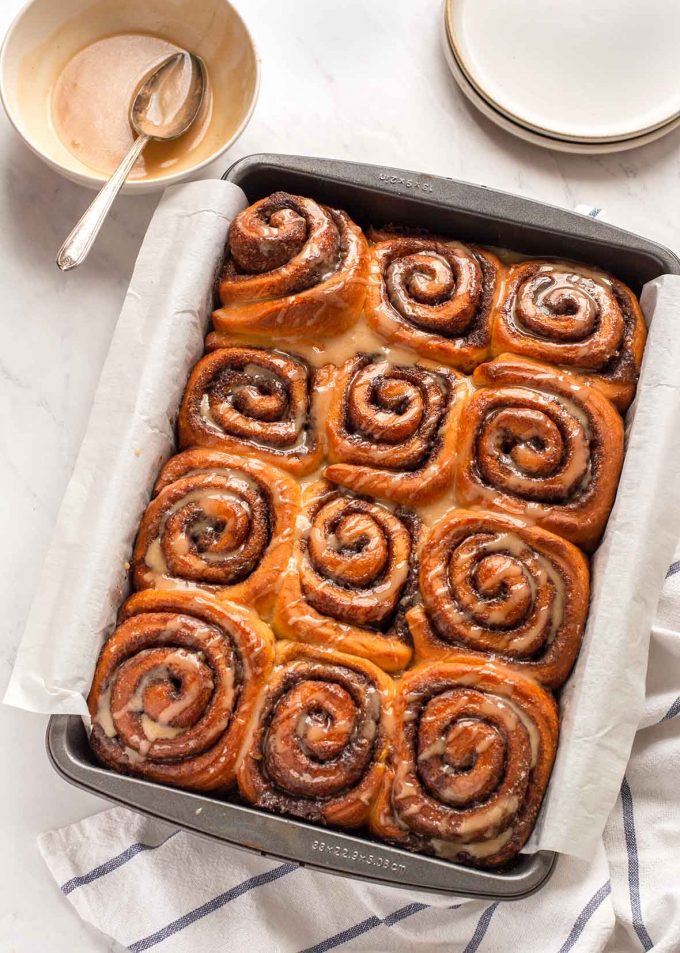 Lately, I’ve had a real hankering for a good down-home cinnamon bun. One loaded with cavity-inducing amounts of sugar and cinnamon and swirled with a delirious amount of cream cheese frosting.  After surveying my pantry on Labour Day morning and coming up short on the cream cheese front, I had to improvise. Google to the rescue. I happened upon The Pioneer Woman’s recipe with a maple coffee glaze and I was very intrigued. Coffee and maple are two of my favorite things and reading comments and other blog posts raving about it sealed the deal. 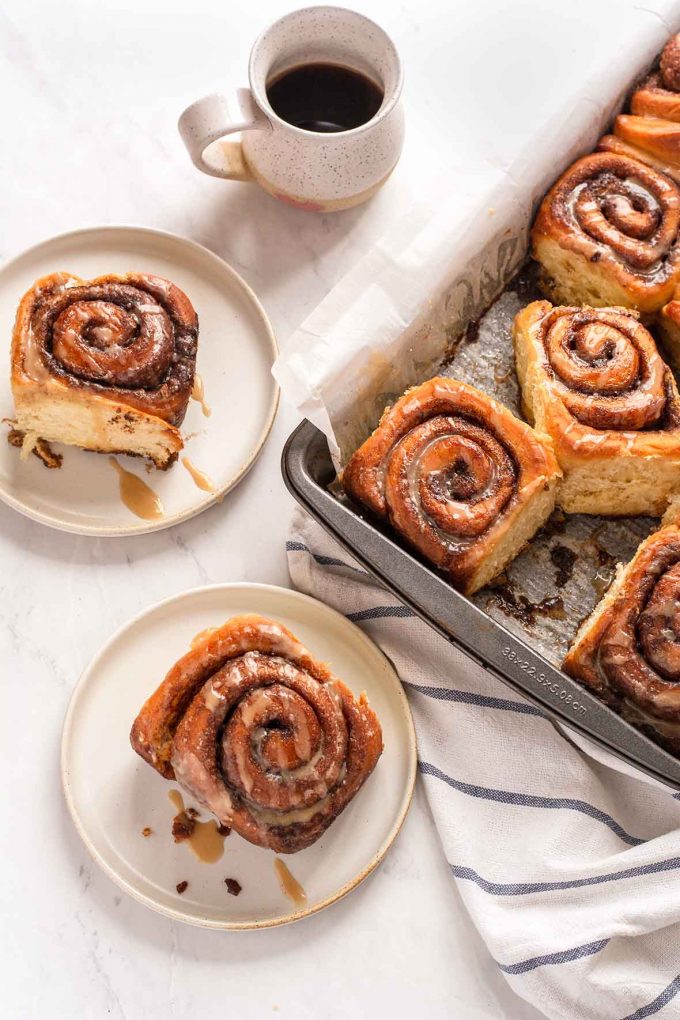 The dough for these maple coffee cinnamon rolls is a lovely enriched dough made with milk, butter and eggs. Using rich ingredients makes for a luscious and soft roll with lots of flavour. Instead of melting the butter, I like to add it while still solid (but very soft). By doing this, the water in the butter doesn’t contribute to the gluten development, which keeps the dough super soft. If you melt the butter first, it separates the fat and water, and the water contributes to gluten development, which can result in a dryer, heavier final product.

This glaze is a bit non-traditional when it comes to what you normally see with cinnamon rolls. The glaze on these is made with coffee and maple syrup and a little powdered sugar. Super simple and still adds a lot of great flavour. I like to double the glaze recipe and add half when the buns are fresh out of the oven, then the rest once they’ve cooled slightly.

When it comes to the coffee you use, I would suggest choosing a darker roast and brewing it strong. If you use something light and don’t brew it strong enough, the coffee flavour won’t stand out. 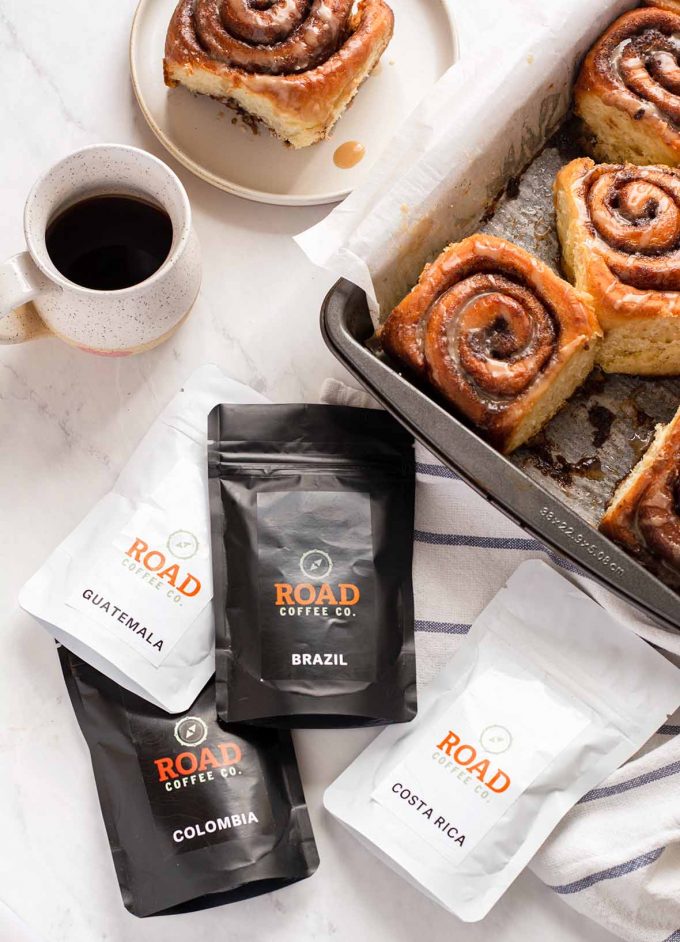 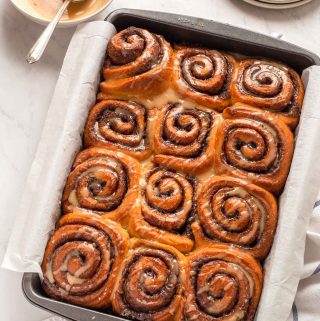 To Assemble the Rolls