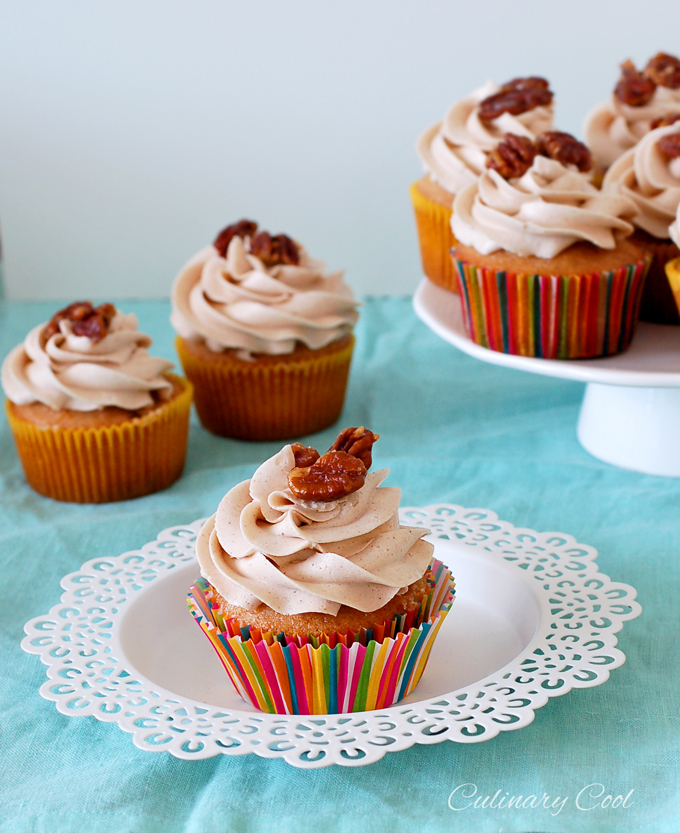 February 24th is National Cupcake Day for the SPCA.

National Cupcake Day™ is a first-ever, coordinated Canadian event to support local shelters, SPCA’s, and Humane Societies. In 2013 animal lovers across Canada raised over $400,000 to support their favourite societies.

For National Cupcake Day you bake cupcakes for your friends and family and host a National Cupcake Day Party. Your guests donate to your participating animal welfare charity of choice in exchange for a cupcake, and raise critically-needed funds for animals that are abused, abandoned, neglected or no longer wanted.

I can’t think of a better reason to bake up a batch of cupcakes.

These cupcakes are a dessert version of french toast.  They’re a soft, vanilla base laced with cinnamon and maple and topped with a silky cinnamon-maple buttercream and candied pecans. The only thing missing is bacon….and honestly, you could easily top these with candied bacon instead of pecans!  Why didn’t I think of that before I made these?  Dammit  – maybe next time! 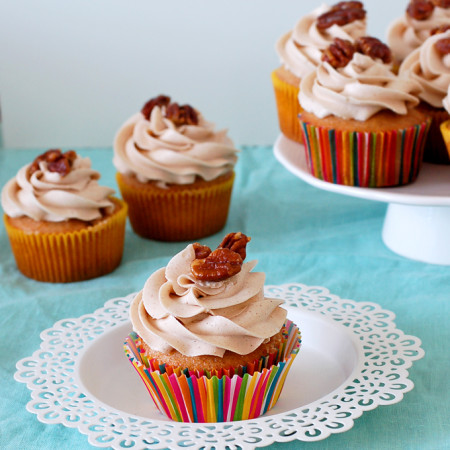 Recipe adapted from Robicelli’s: A Love Story with Cupcakes