As the name eludes, Alabama White Sauce is a tangy, creamy BBQ sauce originating in Alabama.  It’s a punchy way to dress up your chicken, especially if you’re cooking on the grill! 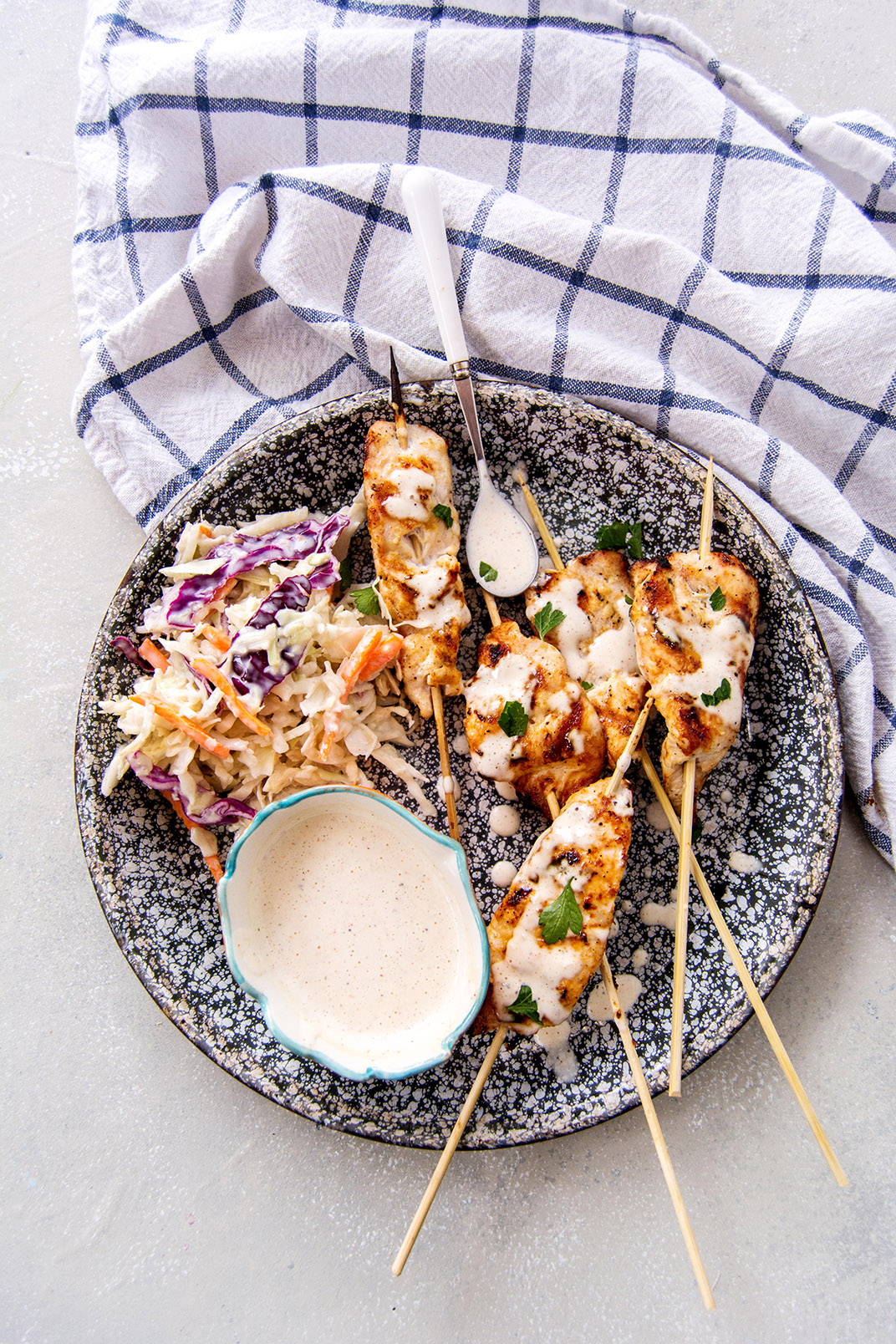 I find the deep south bewitching.  I’m completely smitten with the gorgeous architecture, (seemingly) slower pace, that southern drawl (which I develop quite quickly) and naturally, the food.  Oh lord, the food.

Two years ago, during my first trip to New Orleans it was recommended we try to get a seat at Peche, which has won several James Beard Awards.  The food gods were shining down on us that day, as they managed to seat us despite being fully booked for the evening.  I recall this being the best meal of the entire trip.  It was a contemporary interpretation of rustic southern fare –  they make the simplest foods feel gourmet.   It was here that, served on a small white plate, alongside hushpuppies and coleslaw, I first tried the tangy deliciousness that is Alabama White BBQ Sauce. 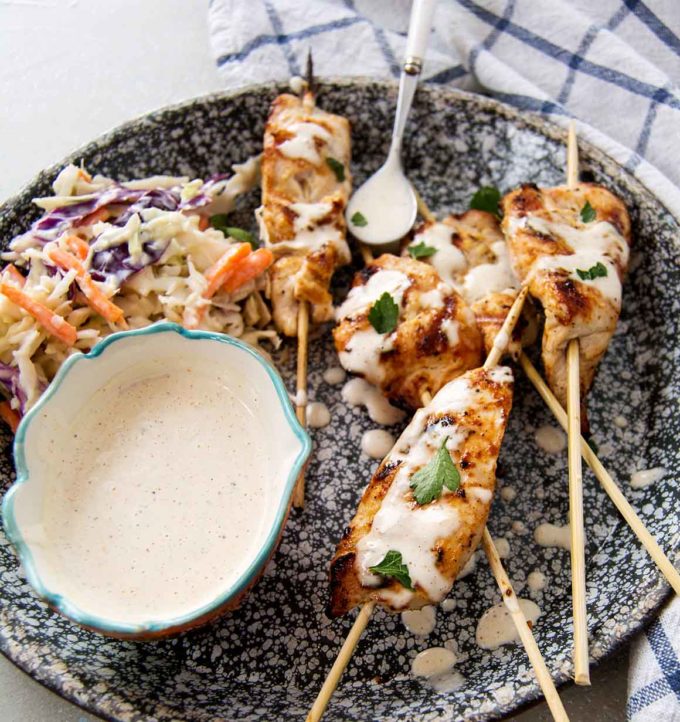 Alabama White BBQ Sauce is a departure from the traditional tomato-based sauces we all know and love.  It’s mayo-based, with a distinct zestiness which can be credited to horseradish, apple cider vinegar, mustard and cayenne.   BBQ sauce flows like wine (or perhaps moonshine) in The South.  No BBQ sauce is more quintessentially Southern, than White BBQ Sauce.  It’s simple to make, packs major flavour, and is versatile as a marinade, dip, condiment for almost anything, and of course, for BBQ.

In an effort to relive the meal at Peche in New Orleans, I find myself using Alabama White BBQ Sauce first, as a marinade, and second, as a dipping sauce.  In true Southern fashion, the chicken wouldn’t be complete without some quality time on the grill.   Be sure to baste the chicken every now and then, and let things get a little charred.  It is also advisable to have White Sauce on the side for dipping.

I can’t physically be in The South as often as I wish, but I can certainly bring aspects of it to me.  The easiest way, is to cook up rustic Southern grub, like BBQ.  Best believe my southern drawl will make an appearance along side these tangy, punchy, addicting, Alabama White Sauce Chicken Skewers. 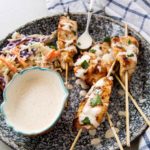 For the White BBQ Sauce