Oh, New Orleans, you are a beauty. 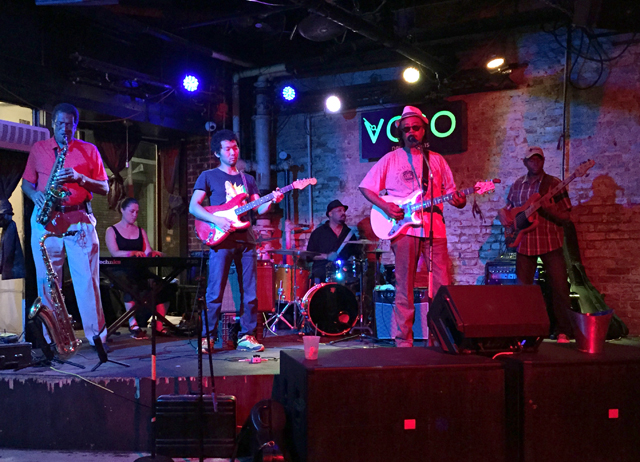 It would seem this trip was as much about food, as it was about music.  New Orleans is the birthplace of Jazz, and we made sure to take in as much of it as we could.  We bar hopped down Frenchman Street, which is easy because the hotspots are all within a few blocks of each other, and no one charges cover.  Seating is extremely limited, but we didn’t mind having to stand.   None of the bars pay the musicians, so if you stop and listen, you best be droppin’ some cash in the tip bucket. 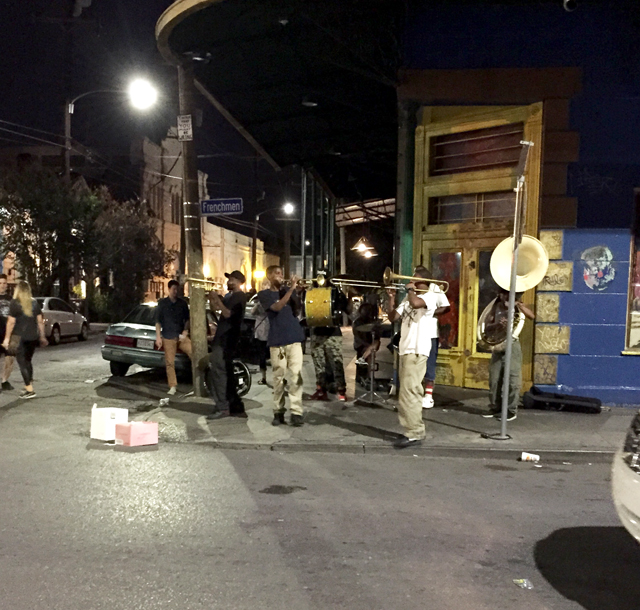 Not only does the music happen inside, but it’s just as likely to occur on the street corner.   You’re also likely to find people dancing in the street.  It kind of reminded me of playing street hockey as a kid.  If a car comes, you move out of the way.  Once it’s safely passed, you’re back out in the street. 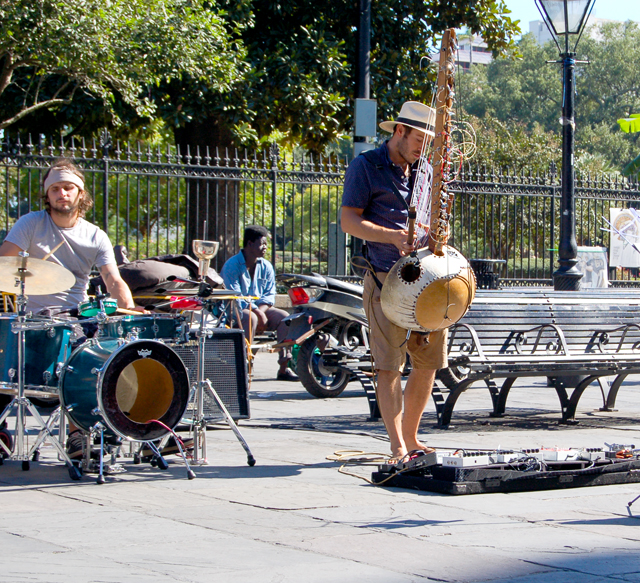 All around Jackson Square you will find an array of musicians and artists.  The fellow in the above photograph is playing an African instrument known as the Kora.  The Kora is an instrument passed down by the Mandinka peoples, and is said to have been given to a man by a devil or Djenne in order to bring peace.

We would sit on the curb and enjoy the brass, or other unique instruments being played.  No matter where you are in the French Quarter, you can always hear live music, whether it’s coming from a bar, or the corner a few blocks away. 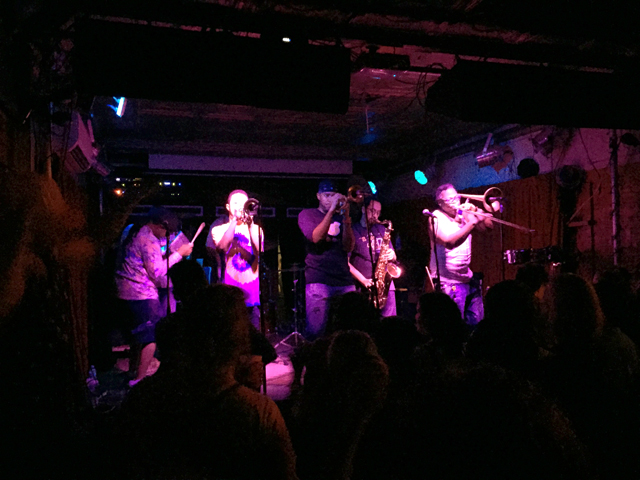 The musical highlight of our trip to New Orleans was having the opportunity to see The Rebirth Brass Band play again.  They have a standing reservation every Tuesday night at the Maple Leaf Bar, and cover is $15.  Be warned, the venue is small, and cramped, and doesn’t have air conditioning.  And it’s loud!  But they are SO worth it!  They put on one hell of a show and I know for certain, we will be back. 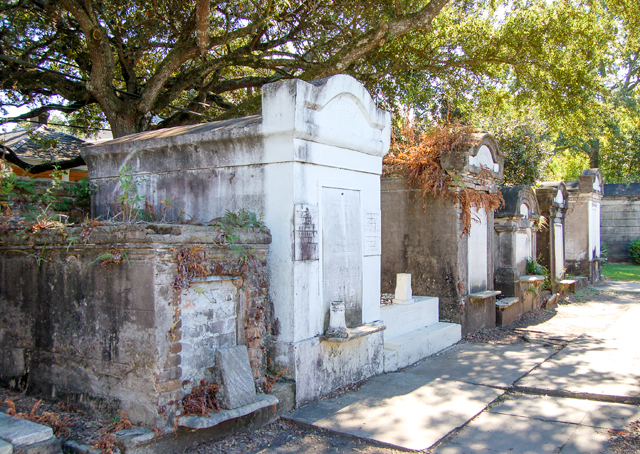 We actually stumbled upon the Lafayette Cemetery No. 1 while checking out Magazine Street and the Garden District.  This cemetery was established in 1833, making it the oldest of seven city-operated cemeteries in New Orleans.  It was fascinating to see the tombs in person.

Jackson Square is a nice park to stop and sit in the shade and rest your tired feet when you’re in the French Quarter.  It was also conveniently located across the street from Cafe Du Monde and the Mississippi River. 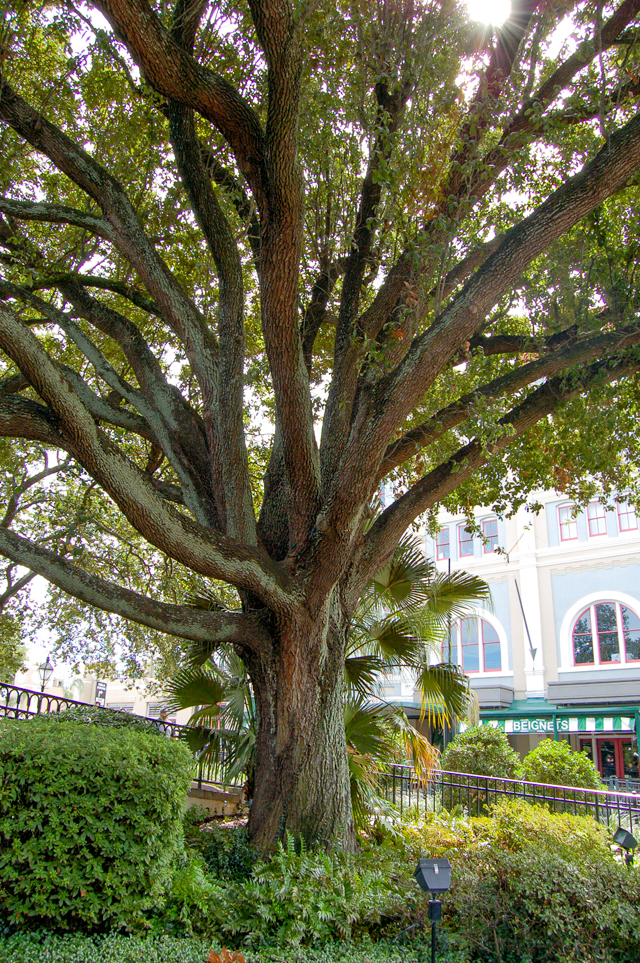 I fell in love with the oak trees covered in Spanish moss. 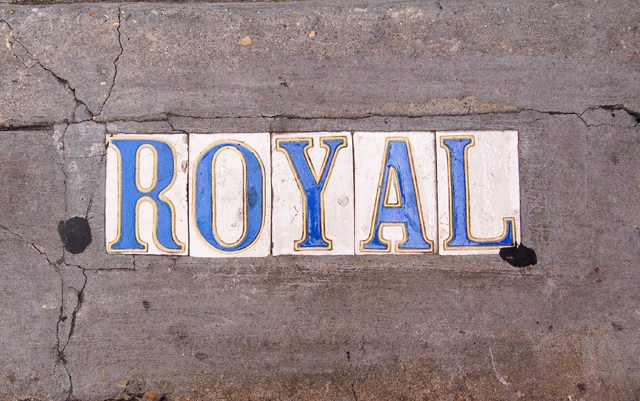 In the older neighbourhoods of the city, the street names are spelled out on the sidewalks using these beautiful tiles.

And the architecture is beautiful.  It’s almost like a competition to see who can make their home/business the brightest and flashiest. 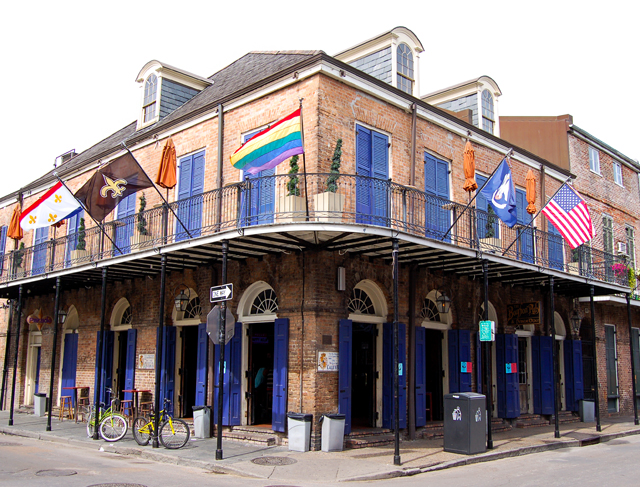 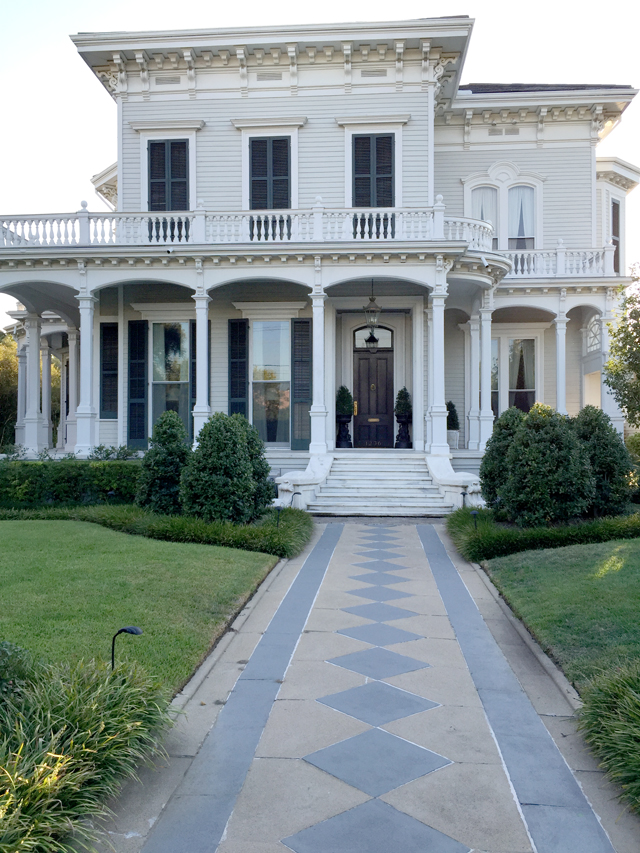 The homes in the Garden District were dreamy!  Despite our sore feet, we walked down many streets, slowly passing by all of the gorgeous Victorian-style homes, with their wrap-around porches, white pillars, and perfectly manicured yards.  I would love a front porch like this! 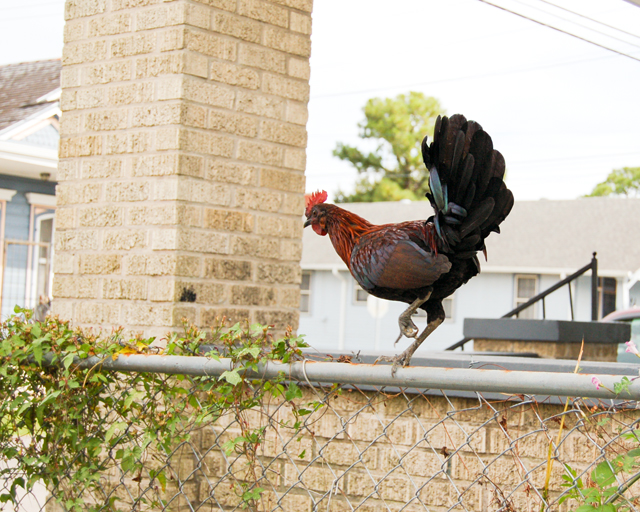 Instead of staying in a hotel, we chose to stay in an Airbnb, which was the best decision ever.  Our host, Michele, was incredibly helpful and had plenty of recommendations on where to go and what to do, as well as the history of her neighbourhood.  The home was in the St. Claude neighbourhood, which was completely underwater during Hurricane Katrina, and it’s evident by all the seashells on the ground everywhere.

Only half the houses have been reclaimed, while others are completely missing, or condemned.  Michele told us that someone had a chicken coop prior to the hurricane, and when they were evacuated, they left the chickens behind.  The chickens and rooters survived and now run wild.  We could hear the roosters crowing every morning, and they often spent the night under Michele’s house.   It was so fun to see them strutting across the yard and hopping over the fences.

If you want to see what we ate while in New Orleans, check out my post, New Orleans: The Food.

I can’t say enough good things about New Orleans.  It has quickly become one of my all-time favourite places to travel.  When I travel so far from home, I usually want to visit someone play new, however the only place I want to go is New Orleans.  Can someone please take me back….like right now?!