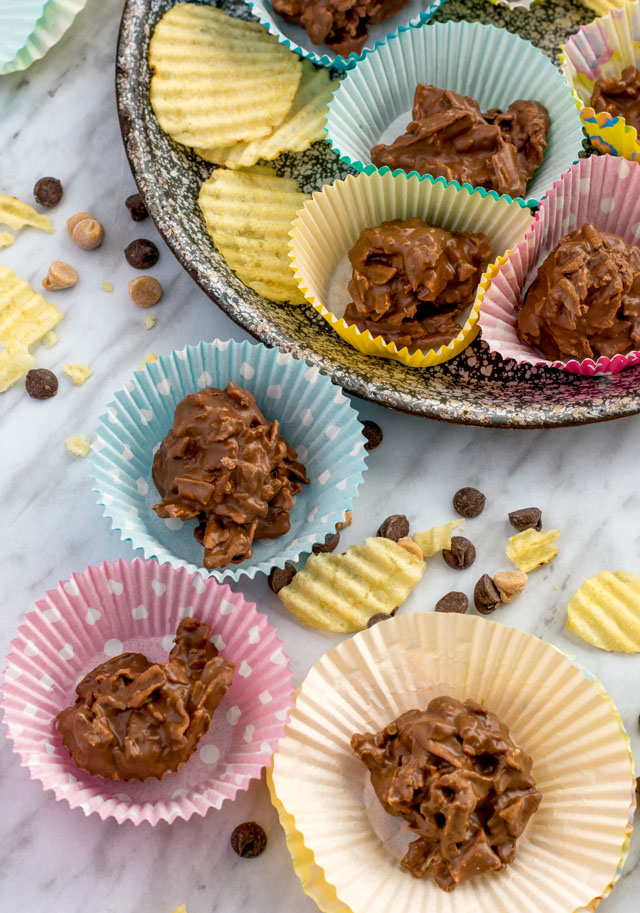 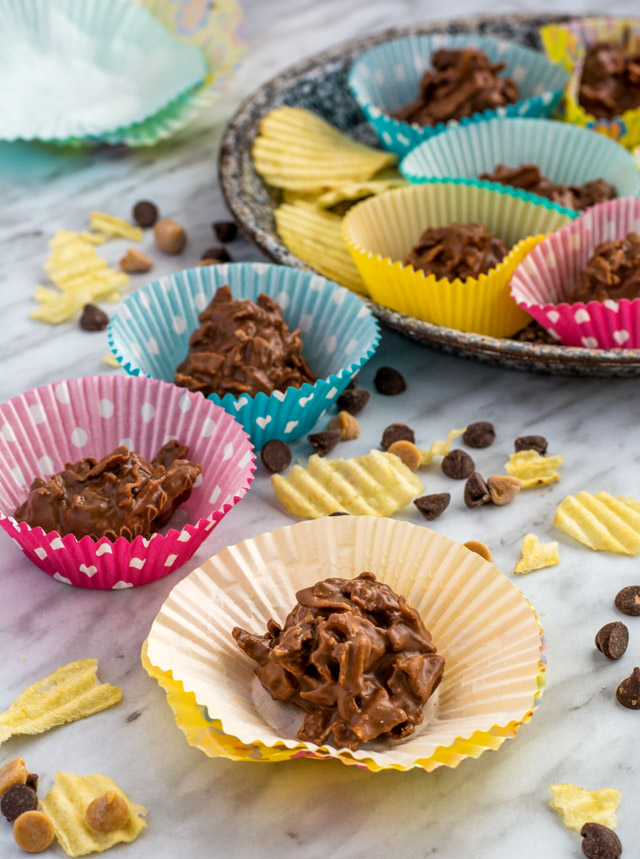 Sometimes, and perhaps more often than I care to admit, I get a wickedly insatiable craving for chocolate.  I’m not above eating chocolate chips by the handful – whatever works in a pinch.  But truthfully, that doesn’t always do the trick.  Sometimes, I also want something a little salty, too.

Have you ever heard of Cuban Lunches?  According to my mom, they used to be a chocolate bar back in the 80’s {Update:  Aunty Wendy says they go back to the 50’s}  Oh, and she says they were “really good”, but doesn’t often elaborate further.  So I did some very scientific investigating to try to get more deets.

According to the internet, the chocolate bar was manufactured in Winnipeg.  And since it’s on the internet, it must be true.  The bars included peanuts and dark chocolate, and their tagline was “It doesn’t have to be lunchtime to enjoy a Cuban Lunch”.  How clever.

Other than that, I couldn’t find much. 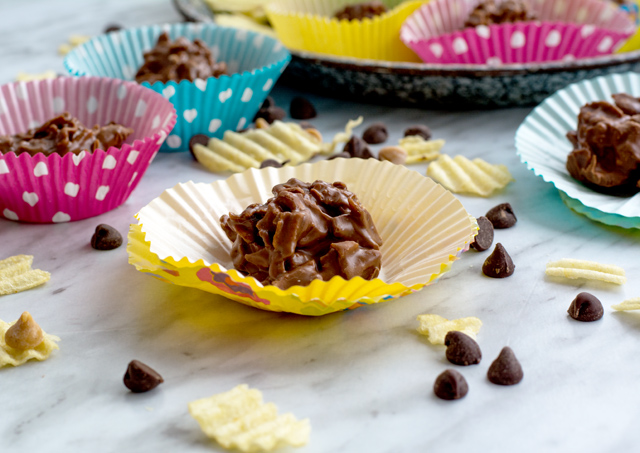 Just looking at the old timey advertisements for the stuff leads me to believe that my homemade version is a little better than the original.

Because mine have a boat-load of potato chips in ’em.  That’s why!

Like most recipes, this one has changed over time.  People adapt ingredients to suit their tastes and new versions are born.  When I stumbled upon this “recipe” (if you can even call it that), it was in a cookbook of recipes compiled by students and their families at my elementary school.  Mom saw the recipe and was like, “Hey!  I haven’t had one of those in forever” and so we made them, and have been making them ever since.

The recipe in the book included peanuts, but we never had peanuts on hand at home, so we always just made them with melted chocolate and potato chips, and now that’s what we know as Cuban Lunches.  I used to use about half the bag of chips, and there was lots of extra chocolate that would pool at the bottom of the cupcake liner, and form a candy similar in shape and size to a Reese Peanut Butter Cup.

One day, I decided to add more chips, which prevented the pooling of chocolate, and when I scooped them into the liner, they held their round shape.  That’s my favourite way to make them!  Heavy on the chips!

But the beauty of this recipe, is that you can use whatever quantities your heart desires.  It’s in your best interest to make them a few times, varying the quantities of chips each time to see how you like ’em best.  And give me a call when you’re making a batch, and I’ll come over and help you devour them. 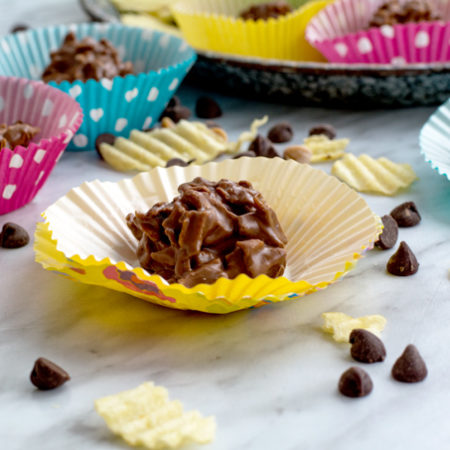