We all have nightmarish tales of soggy Brussels Sprouts with Cheez Whiz from our childhood.  We’re adults now, so stop buying those nasty frozen green nuggets and get the fresh ones instead.  And then, put them in this salad, stat! 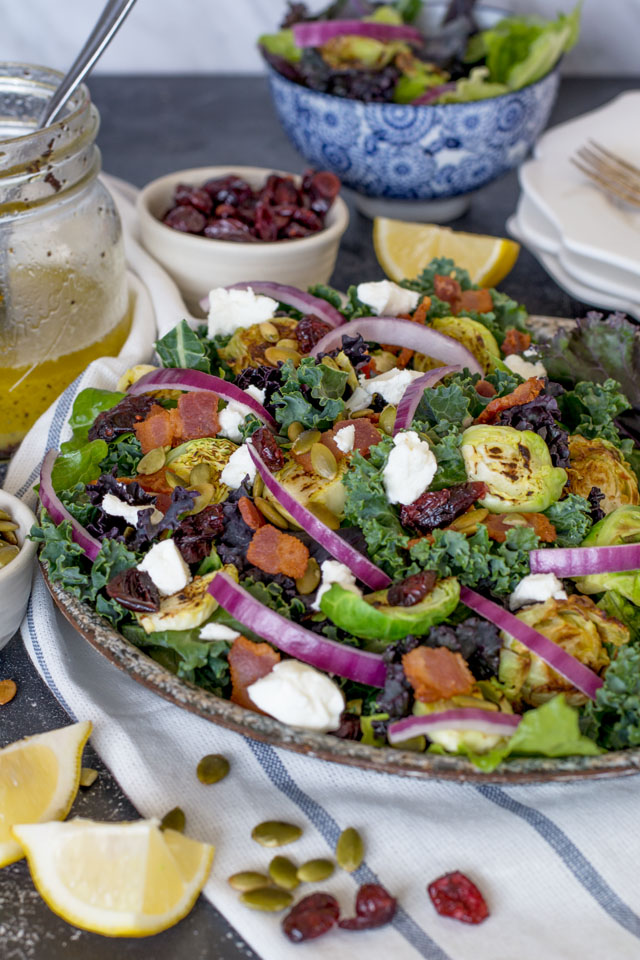 Usually salads don’t do it for me.  That being said, this salad is a game changer.  Who knew that modest ingredients such as brussels sprouts, kale and dried cranberries could work so fabulously together.  And the goat’s cheese.  Oh, and don’t forget the bacon. 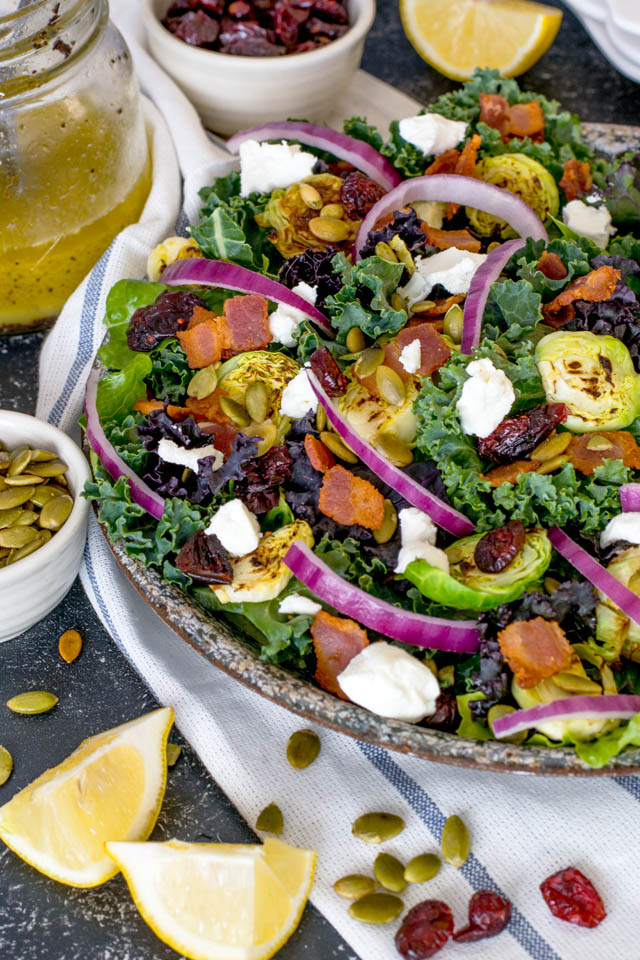 Brussels sprouts and bacon are a match made in foodie heaven.  Legit, my favourite side-dish-turned-main-course ever.  So why the heck not throw them into a salad together?  Add some soft goat’s cheese (because, why not.  And also, because…cheese!), kale for good measure (and because they say the stuff is good for ya), and some texture by adding sweet, plump dried cranberries and some pepitas.

Plus, I made a killer Lemon Poppy Seed Vinaigrette that marries all the ingredients insanely well.  I was coming down with a major case of being hangry while recipe testing and whipped this vinaigrette up with some basic ingredients that you probably have at home right now.

Make it now and thank me later. 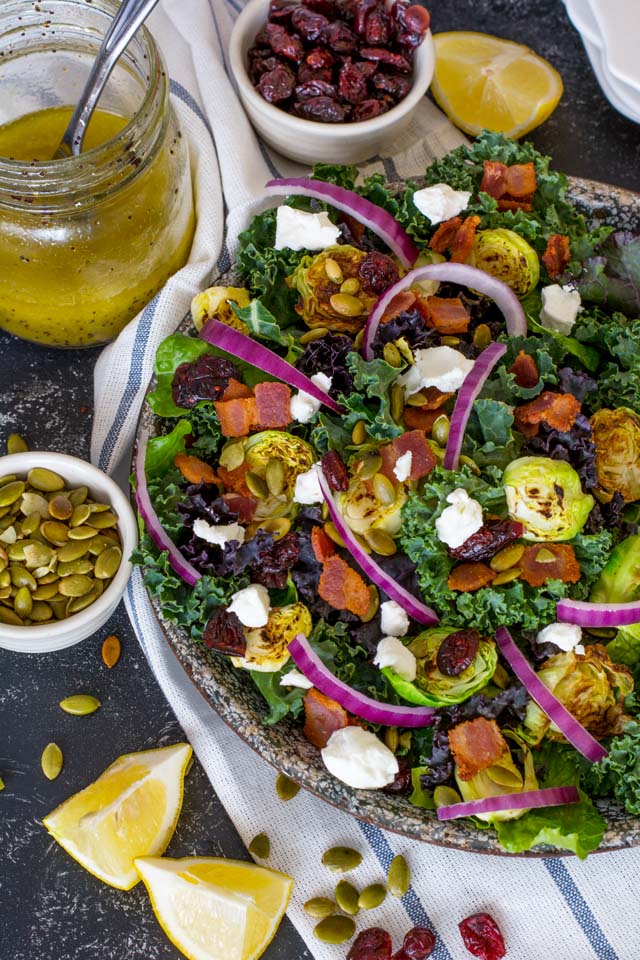 Like I said, salad is ho-hum for me.  I could take it leave it.  Usually, I leave it.  But this Brussels Sprouts, Bacon and Kale Salad hits the spot for me.  It’s satisfying and filling and I’ve eaten it every day for the last week.  And that’s saying something, because I seriously hate leftovers.

**The measurements of most ingredients are pretty ambiguous. Use as much or little as you wish.
Did you make this recipe?Mention @culinarycool or tag #culinarycool! 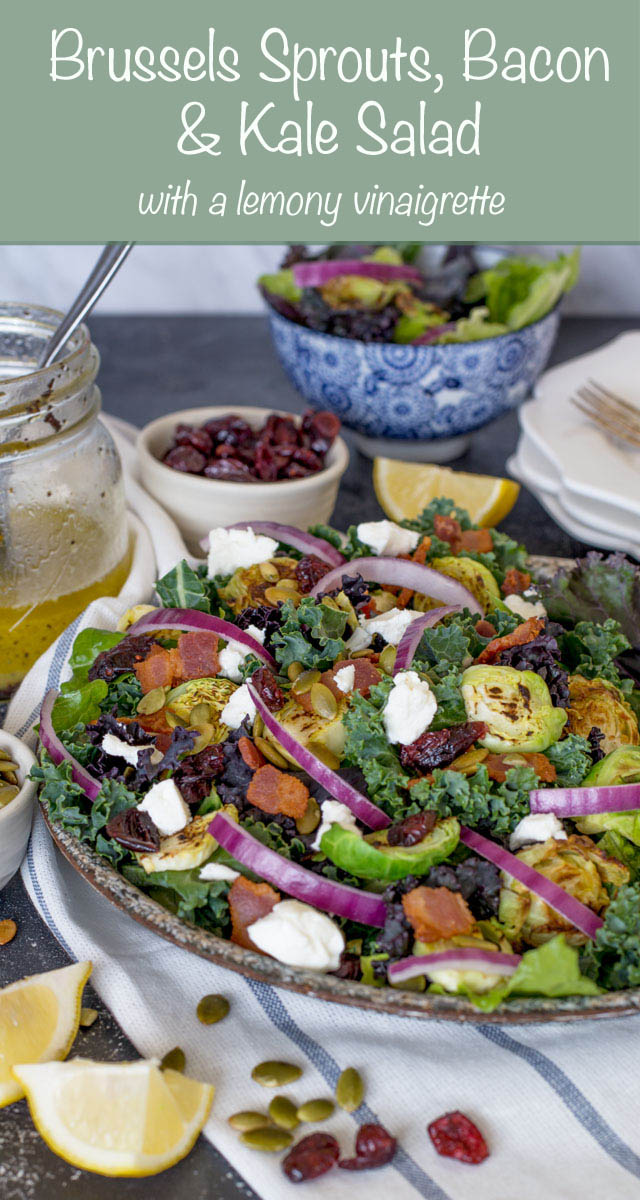