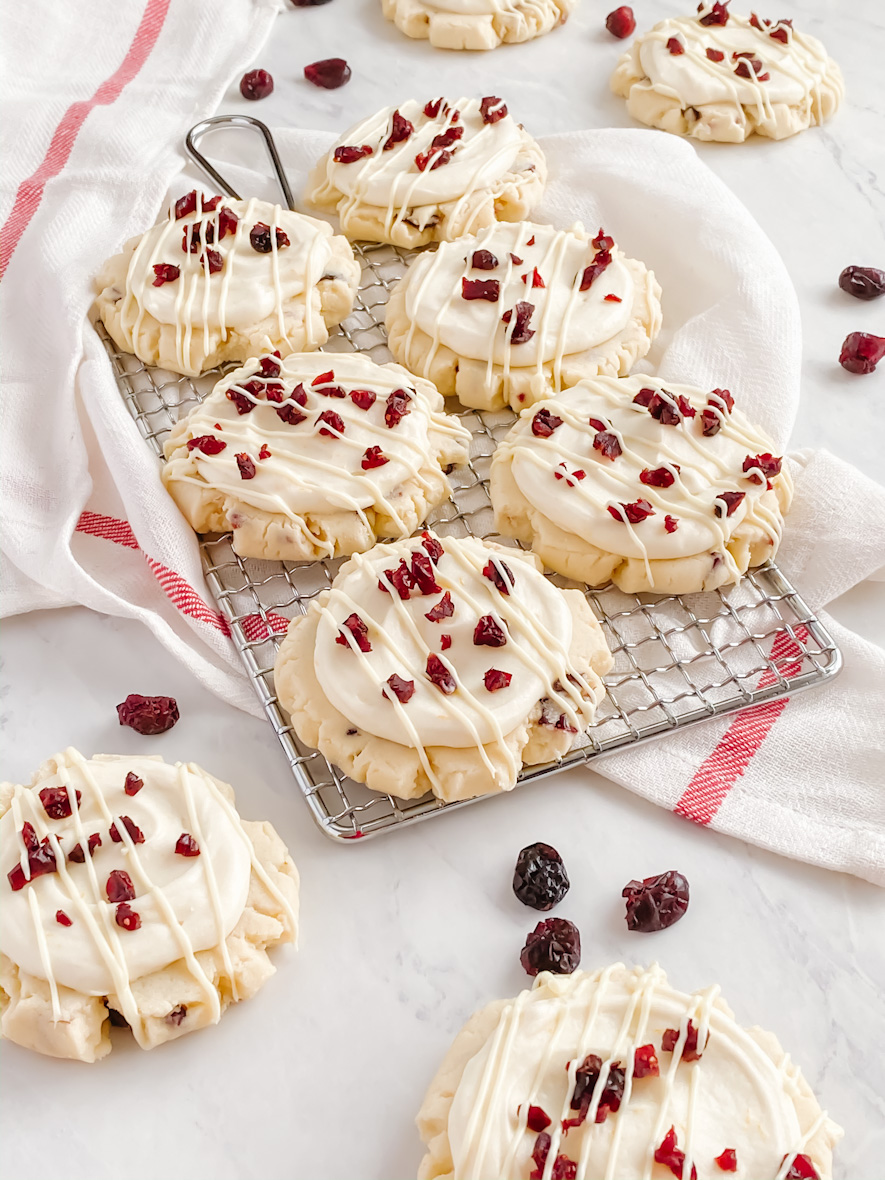 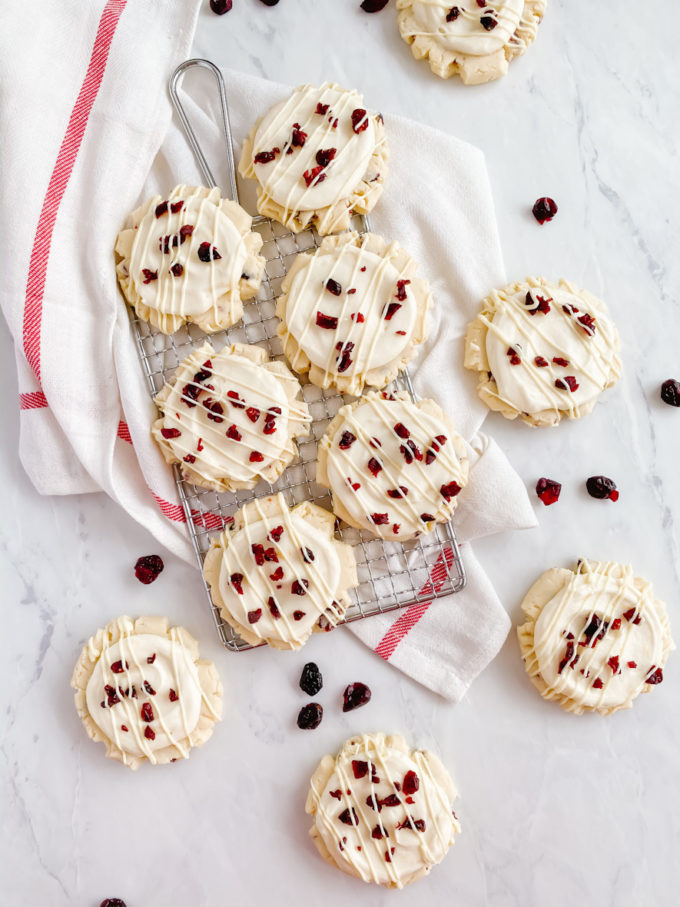 Every year, I forget how much I love those Cranberry Bliss Bars at Starbucks.  For some reason, I’m always reluctant to order one, but once I do, I’m instantly reminded of their incredible deliciousness.  But I’m on maternity leave, and I opted for the extended leave, so this momma is poor, haha!!  So that means I can’t be indulging in these very often.

What I can do, however, is make something at home that tastes just as amazing (if not better), and it’s something I can do on my tight budget.

I knew I wanted a cookie, and not the traditional bar.  There are approximately a million copycat Cranberry Bliss Bar recipes on the internet, and they’re pretty spot on, so anything I could do would just be a drop in the bucket.  I wanted to create something different, so cookie is the direction I went.

I knew I wanted a soft sugar cookie base, and love the way the Swig Sugar Cookies have ruffled, craggy edges, so I adapted a recipe from Mel’s Kitchen Cafe to fit my needs.  Swig Sugar cookies took the internet by storm a few years ago, and are a cookie made famous by the Swig Soda Shops in Utah.  I’ve been to Utah several times, but never had the pleasure of trying one, so I can’t say for sure if the recipe I used is authentic or not.  What I can tell you, is that it’s sweet, soft and scrumptious, regardless of it’s authenticity. 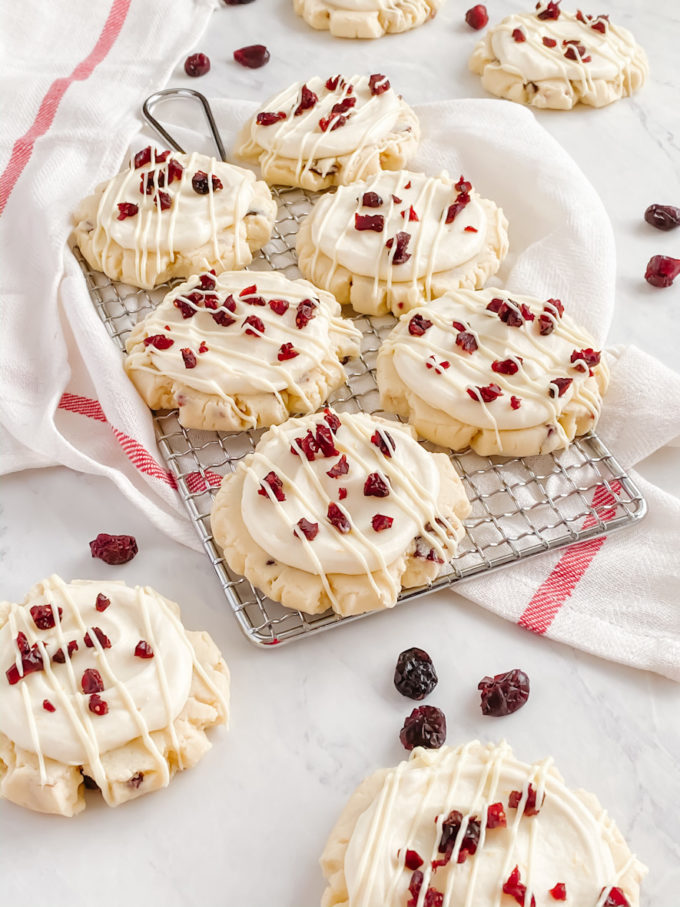 To figure out the flavour profile of the Starbucks bars, I went out and bought (re: splurged on) a box of them, and read the ingredients.  Candied orange peel and ginger are the big flavour components of the bars, but candied orange peel is too fancy for me (also, as stated above, I’m on a budget and candied orange peel is definitely a luxury this girl doesn’t need).  I found that adding some ground ginger and orange extract gave me great flavour.  The original bars are studded with white chocolate chips, and in my first test run, I added some to the cookie, but I was not a fan!  White chocolate is an important component, so instead of adding them to the cookies, I added a ton of melted chocolate in the frosting, plus added a beautiful drizzle to dress things up.  The frosting is super simple and has 5 simple ingredients – cream cheese, melted white chocolate, powdered sugar and orange and vanilla extracts.

The end result is a cookie that has garnered rave reviews from my co-workers (I sent them to work with the hubby), and many requests for the recipe.  My work friends love pretty much everything I pawn off on them, but these have had the best reviews by far.  These are definitely a new favourite of mine, and will most likely be in the holiday rotation every year from here on out.