Home » Cakes & Pastry » Mini Pumpkin Cheesecakes with Almond Crust
It’s that time of year again.  Chilly weather, falling leaves, and squash is in season. The grocery stores have piles of different options; butternut, spaghetti and my favorite, pumpkin. I’ve been in denial all month.  I’ve refused to accept that summer is gone.  I’m not a fan of the cold, or the yard work associated with autumn, or the looming threat of shoveling snow.  I’d rather have summer all year round, thank-you very much!
Jump to Recipe Print Recipe 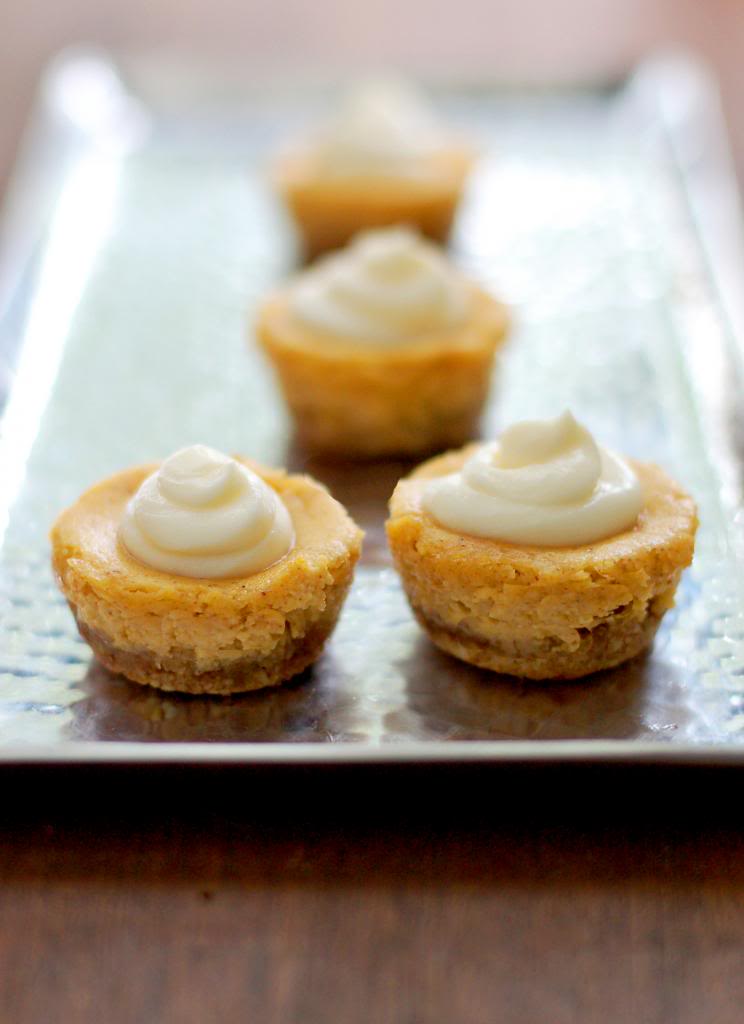 When I received a copy of How to Feed a Family by Laura Keogh and Ceri Marsh of The Sweet Potato Chronicles blog, I was instantly in love with it.  The multiple recipes using squash like zucchini and pumpkins really helped me realized that resistance is futile and it’s time to accept that autumn is here and there’s nothing I can do about it!  Time to embrace it! So what better way to accept the changing seasons, than to make cheesecake! 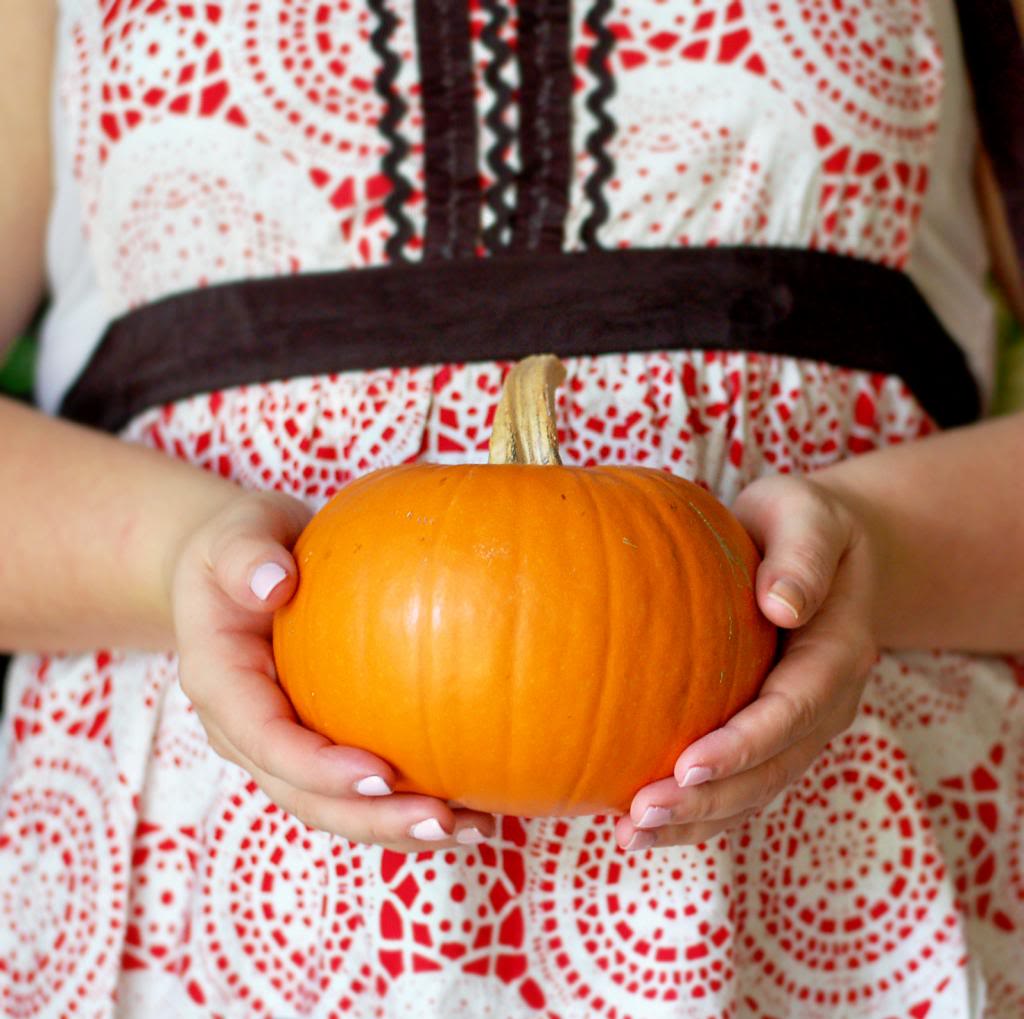 These pumpkin cheesecakes are adorably mini and include a delectable gluten-free almond crust. Trust me, you will not miss the traditional graham cracker crust.  Another thing I love about this recipe is that it’s not overly sweet, which obviously means it’s healthier, right? I used homemade pumpkin puree, made from a sugar or pie pumpkin.  When making pumpkin puree, you want to avoid the standard jack-o-lantern pumpkin. I scooped the guts out, cut it into quarters and roasted at 400 degrees for 40 minutes.  I let it cool slightly, then scooped out the flesh and pureed it in my food processor until smooth. I can’t wait to make more recipes from this cookbook and share them with you.  There’s a wonderful french toast recipe that I have my eye on, which will help me use up the rest of my homemade pumpkin puree! 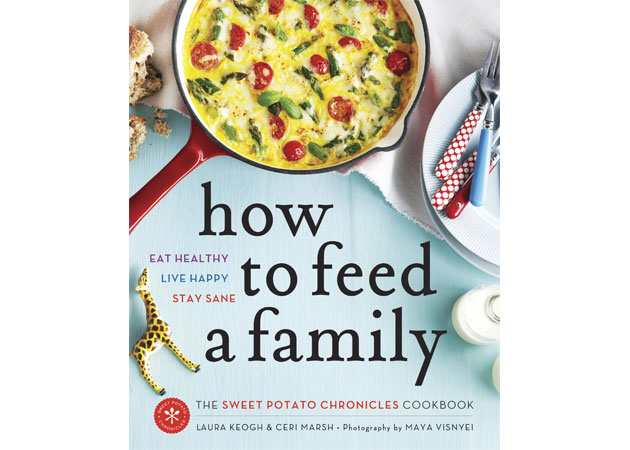 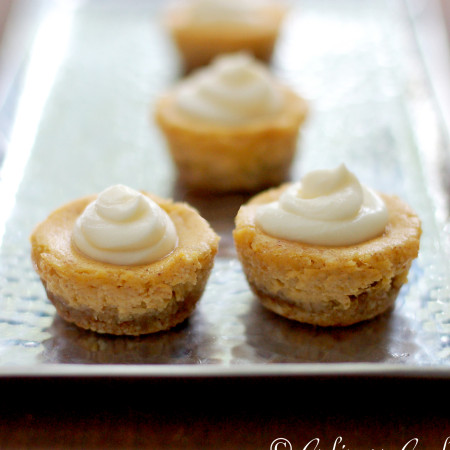 Recipe from How to Feed a Family

*Disclosure:  How to Feed a Family was provided to me at no cost by Random House Publishing.  All opinions are my own.