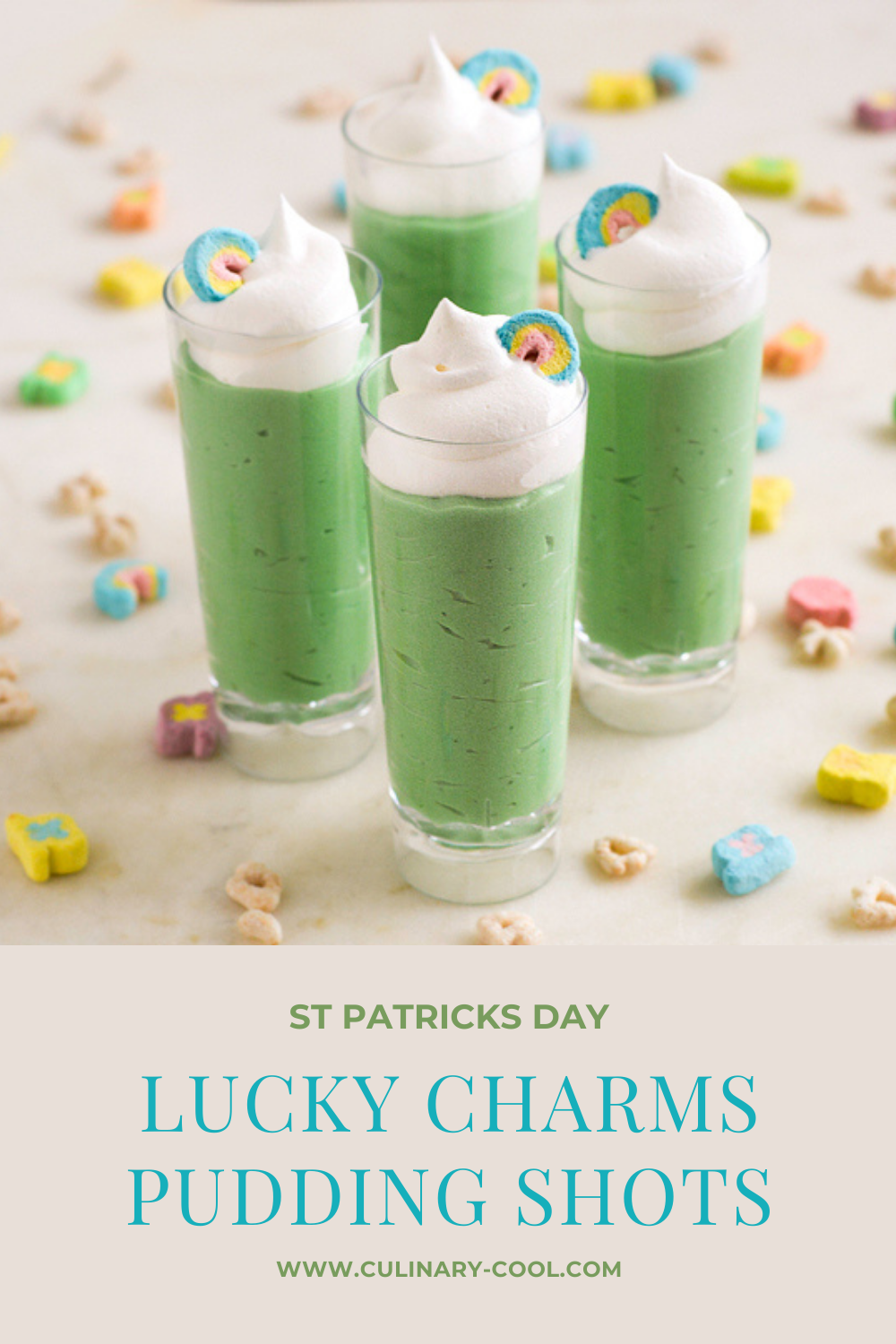 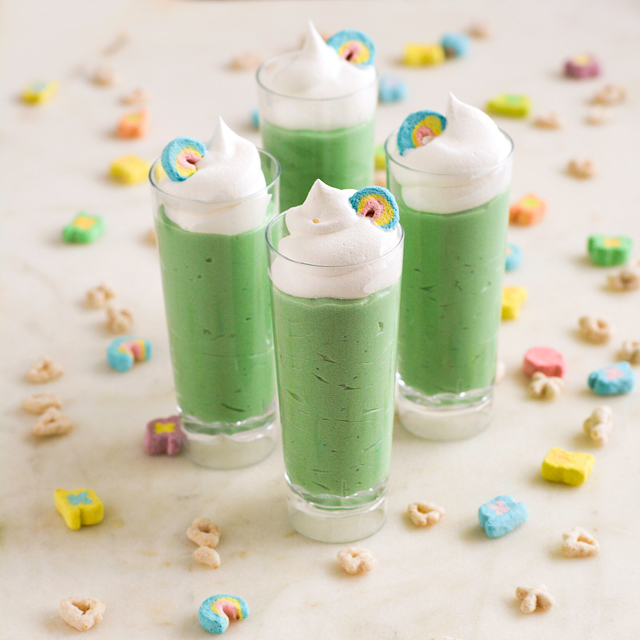 So it’s that time of year again when people pretend to be Irish, and drink green beer.   Green beer, really?  Why do people line up at pubs just to drink the same ‘ole beer but with food dye in it?  I’ll never understand the hubbub of green beer, it’s overrated.   You know what’s not overrated?  Lucky Charms, that’s what! 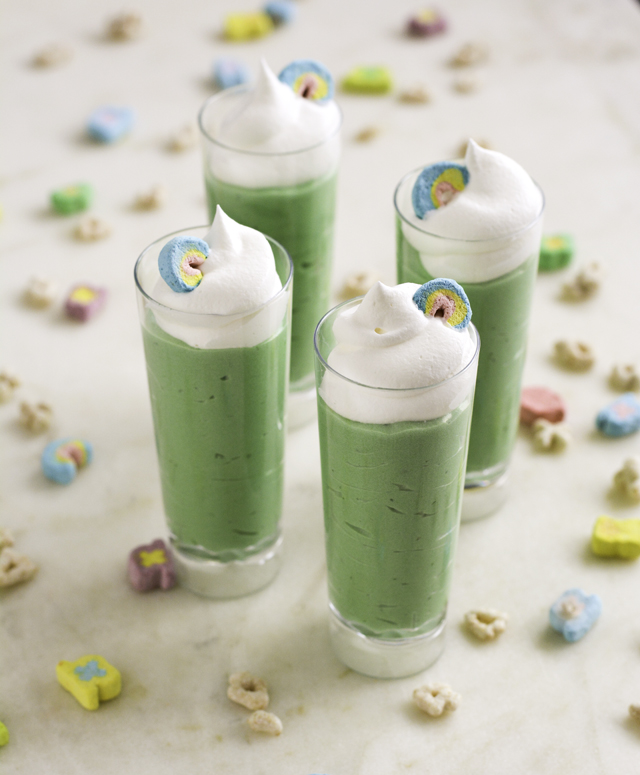 Ah yes, Lucky Charms – the most Irish of all breakfast cereals.  They’re Magically Delicious, and the marshmallows (if you can call them that) are pretty much the best part.  So I pulverized the marshmallows, mixed them with pudding, Irish Cream, and Cool Whip, and made a delicious St Patty’s Day Pudding Shot.  100% non-traditional, and 200% delicious.

The pudding shots can also be made into a parfait. Simply layer the pudding with Lucky Charms cereal in a parfait cup instead of shot glass. *Completely omit the Irish Cream, and replace with milk for an alcohol-free version.
**Or you can add 1 cup Irish Cream and 1/2 milk for a boozier option. Culinary Cool Original Recipe
Did you make this recipe?Mention @culinarycool or tag #culinarycool!
Pin
Share
Tweet
Previous Post: « Mexican Chocolate Pie
Next Post: Cozumel Food Tour »