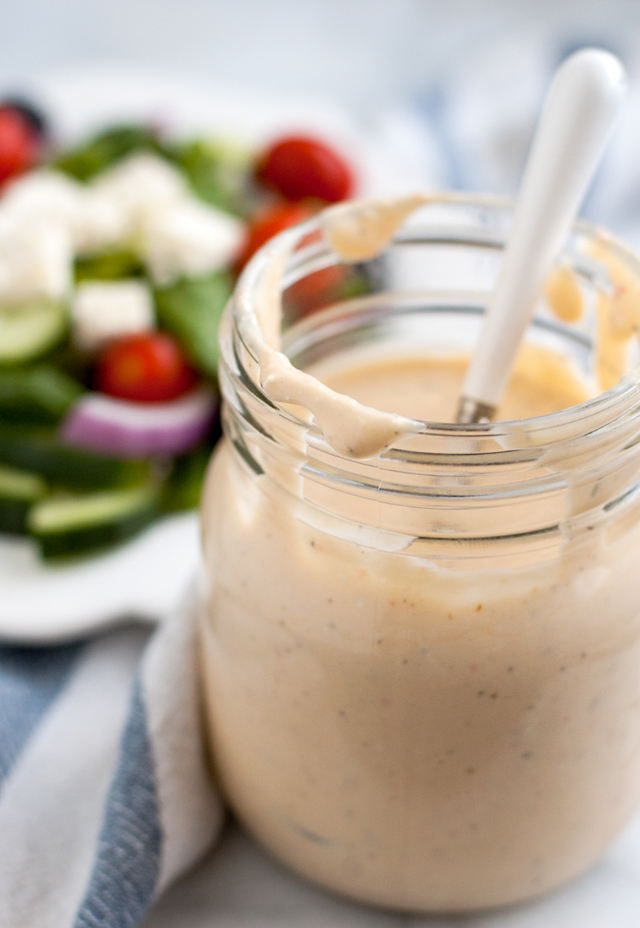 We did something crazy in the month of January.

Chicken, pork, beef – we gave it up cold turkey (pun intended).  It was easy for Scott.  He was a vegetarian before I met him.  Once I became the primary chef, meat began to make an appearance.  I’m terrible, I know.  It was actually my idea to forgo meat for a whole month, and if we’re being honest, it wasn’t that hard.

And no, we didn’t live off salads, although they did make an appearance quite often.  And they were far from boring. 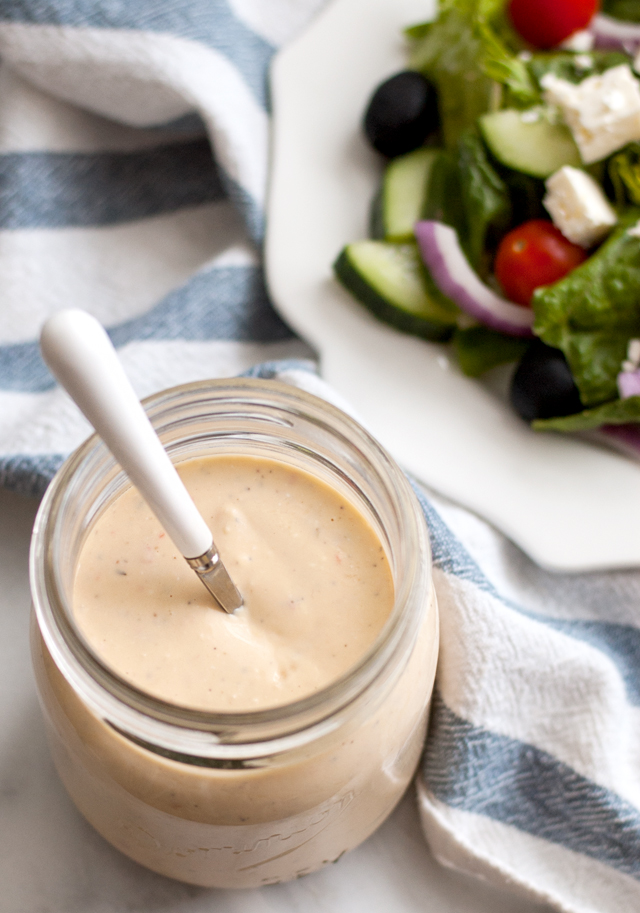 I love Greek salad. I could eat one as a meal any day of the week.  Peppers, onions, tomatoes, cucumbers, olives, big chunks of feta; it’s so satisfying.   Often, the part that makes it the most irresistible is the creamy dressing.  Sure, a vinaigrette is good too, but sometimes you want to indulge a little.  And I’ve made a healthier creamy Greek salad dressing so I can feel a little less guilty about indulging.

The base of my recipe is yogurt and olive oil.  To jazz things up a bit, I blend together a shallot, garlic and red pepper and sent it for a quick whiz in the food processor.  Then I season it with red wine vinegar, lemon, oregano and sometimes I’ll even stir in some crumbled feta.  Super easy, and way more flavourful than dressing from a squeeze bottle.  Trust me!

This Healthy Creamy Greek Dressing also works wonders as a veggie dip, or mayo replacement on sandwiches and wraps.  Its versatility will have you whipping up a batch on the regular! 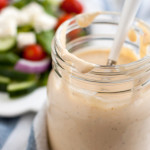