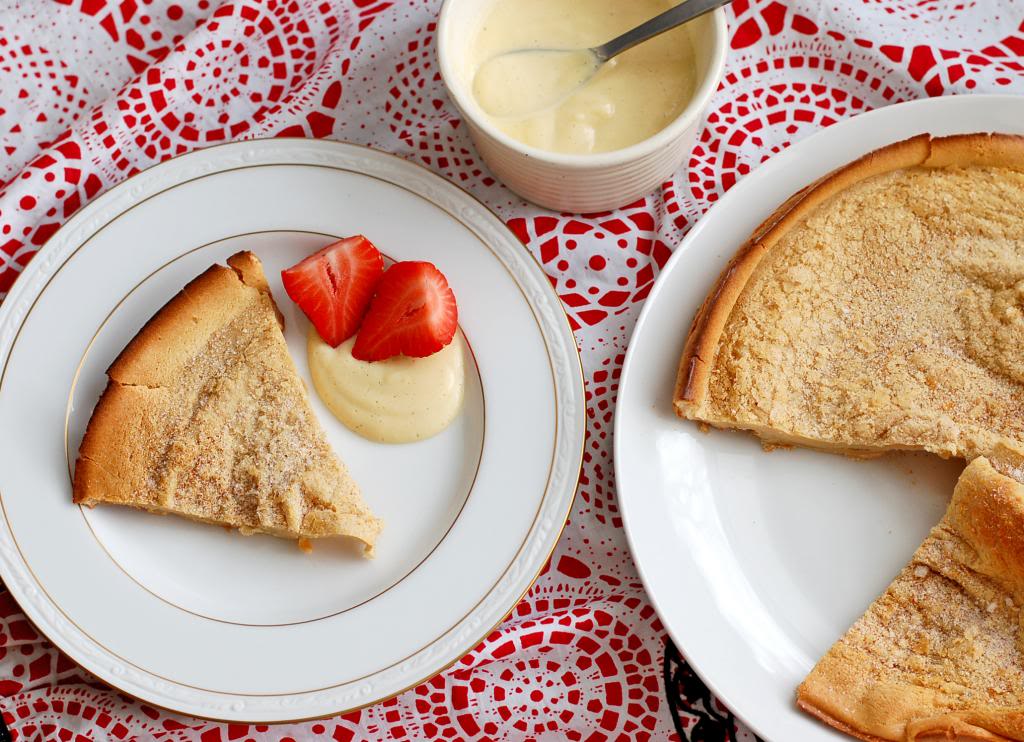 I usually only have time to make a good, hearty breakfast on Sunday mornings as I have to be up early every other day of the week for work.  I have no motivation to concoct a huge spread (or something other than a smoothie) for breakfast except for on Sunday’s.  On these days, I’ll make frittata’s, loaded omelets, baked french toast and other sugary, carby delights that could make anyone pre-diabetic.   I live for Sunday mornings, when I can frump around the house in PJ’s and wild hair and most importantly, be adventurous with my breakfast. 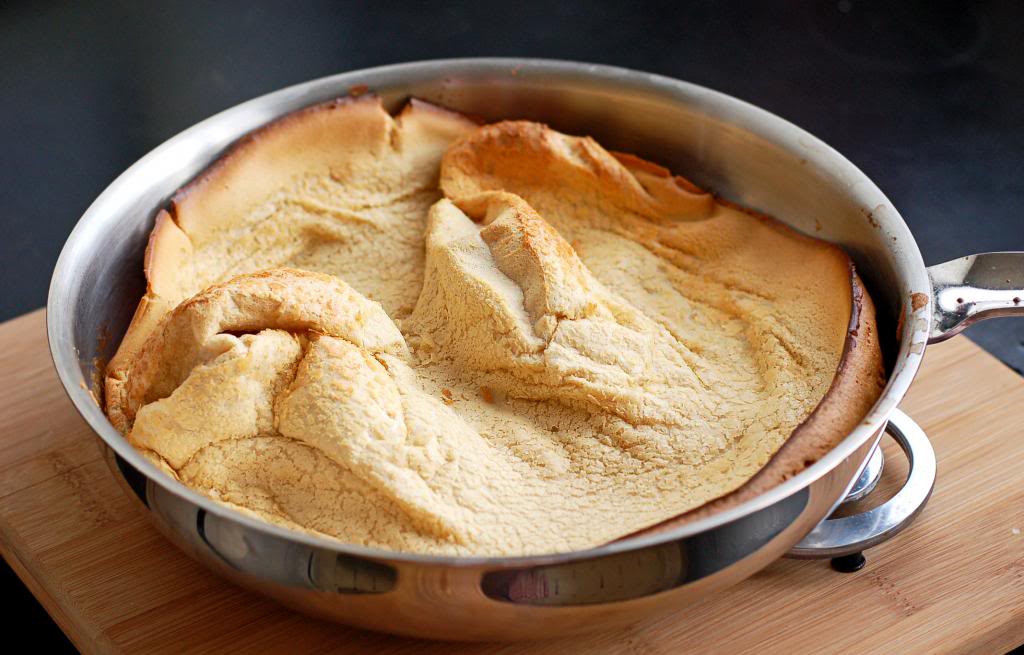 Dutch Baby fresh out of the oven

Pancakes might not seem like a super adventurous breakfast item, which is partially true.  But this is a jazzed up version of your regular pancakes.  Instead of making individual cakes, this recipe requires you to make it all in one skillet and portion it out once it’s baked. Less work, twice as delicious!!

I recommend serving it with Crème Anglaise, which I made earlier this week,  a light dusting of icing sugar or cinnamon sugar and fruit.  You can also use this recipe as a guideline and add your own flair.  Cinnamon sugar on top, apples baked right in, it’s all up to you.  I chose to stick to the classic recipe this time around, but I fully plan on making this into a giant apple pancake soon. 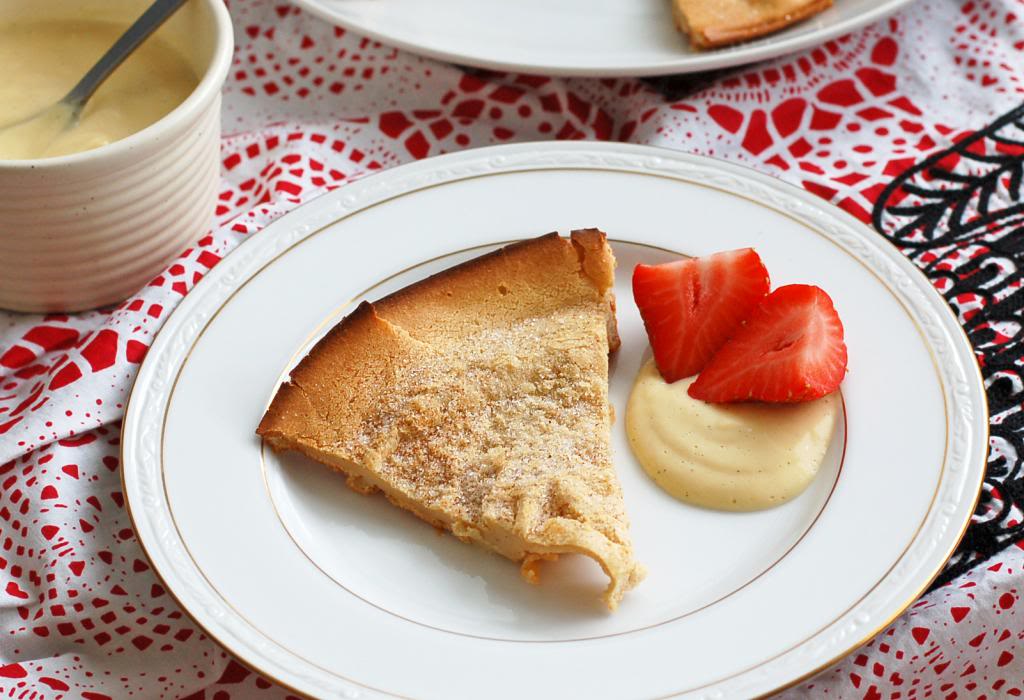 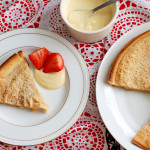