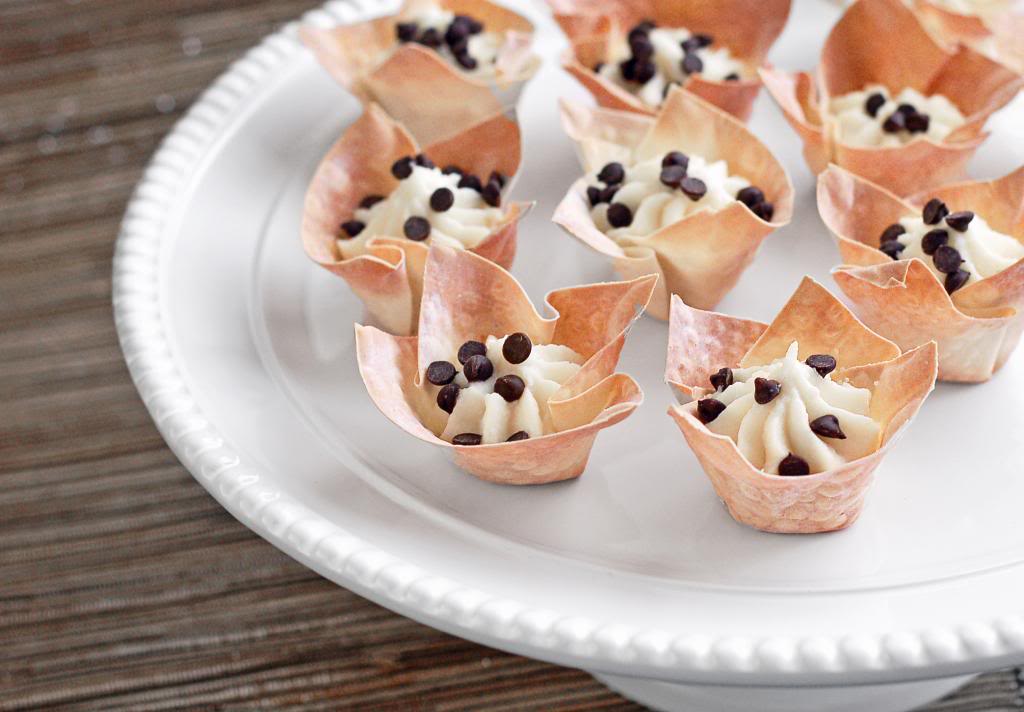 There is a delightful French Bakery called Le Macaron just a new feet from my store and they make killer pastries and breads.  Seriously, it’s all to die for.  Whenever I stop in for a London Fog (a tea latte beverage made with Earl Grey tea) I always choose one or two macarons.  But if they have cannoli’s in the cooler I will always choose a cannoli over a macaron.  There’s something about the slightly sweet shell and almond flavored creamy filling that I simply can’t resist.  Being a fearless baker, I’ve thought about making them myself at home, but finding a cannoli form proved difficult.  So, I put cannoli’s on my “Food Bucket List” and left it at that.

Until this past weekend that is….

And even then I only “sorta” made cannolis.  I cheated a little bit by using wonton wrappers instead of making the traditional shell, which was a perfect time saver since I only decided to make these at the last minute.
My last minute decision was also perfect because cannolis should only be filled right before serving.  This is not the kind of dessert you can freeze for later.  You can make the wonton cups and filling in advance, but do not fill the cups until you are ready to serve them or they will get soggy. 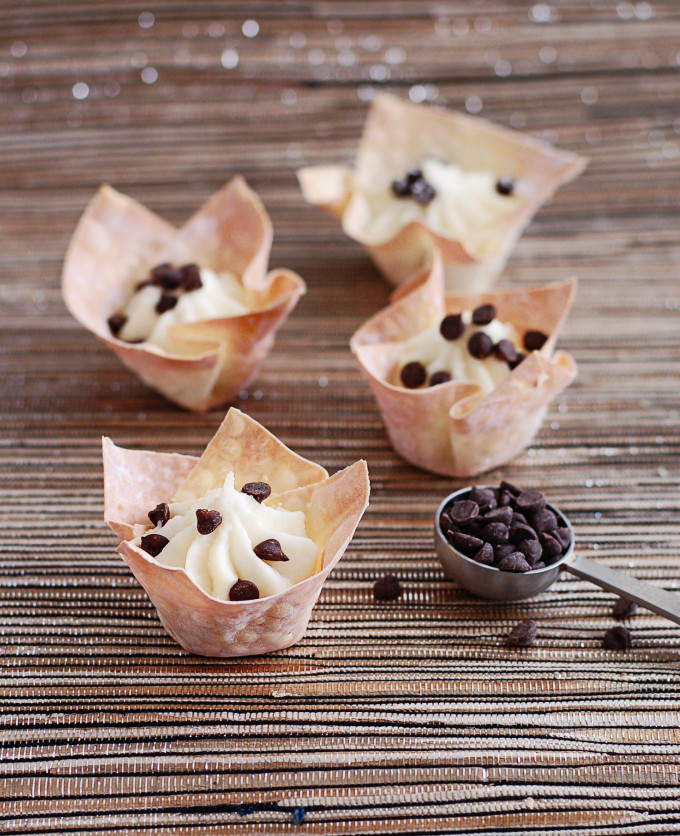 Before you get started:
-The filling requires time too cool, so if you are in a rush, try transferring the hot mixture into a shallow pan instead of a saucepan.  It’s winter here, so I just put my pan outside for a few minutes in the snow.