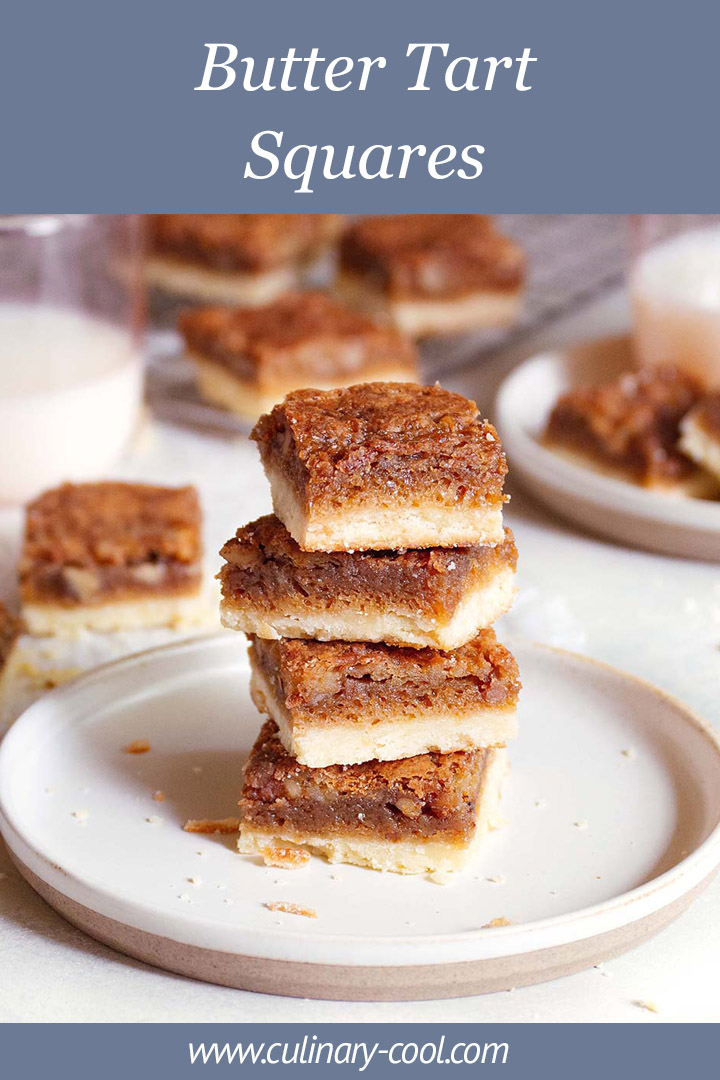 A classic Canadian dessert, revisited to make it quicker and easier than ever! 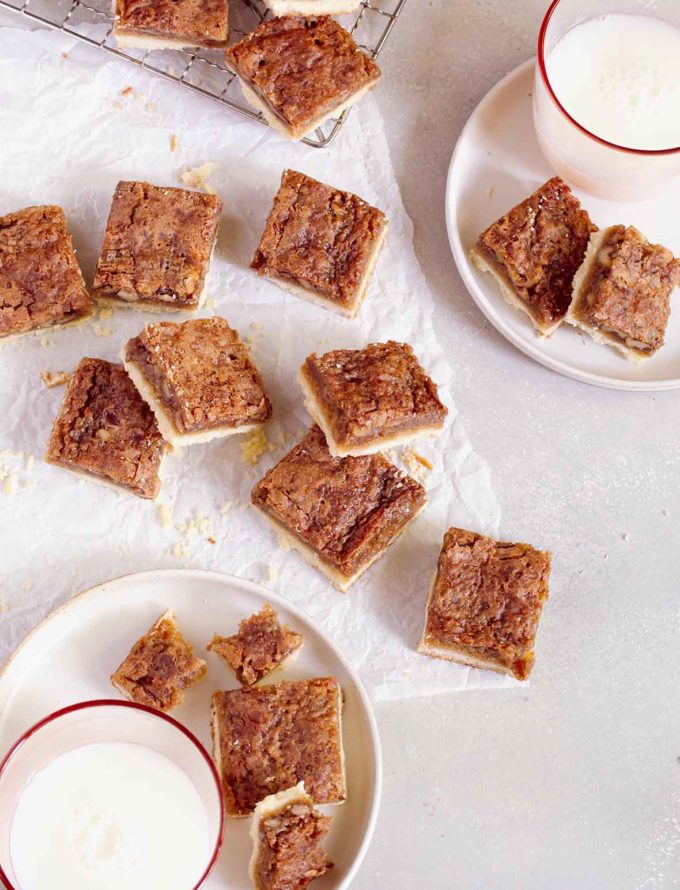 With a 3-month old baby, I’m still finding it hard to get a lot of things done – especially cooking big meals and baking.  And I love baking, so it’s killing me a little that I can’t do it as often.  But Isla’s at the point now where she can sit up with some assistance, so earlier this week, I stuck her in the Bumbo, put her on the counter next to me, and I made Butter Tart Squares.

To Raisin or not to Raisin?

Butter Tarts are the epitome of classic Canadian desserts.  There’s great debate over these little tarts, too – raisin, no raisins, nuts, nothing at all.  It’s a very heated argument that divides families and I do dare say, the country.  I’m whole-heartedly against raisins or currants in my tarts.  They just don’t belong.  That being said, I will still begrudgingly eat one (or two or three) with raisins if it’s the only option.  I’ll probably make a remark about them (ewww raisins!), but still pop them back like they’re going out of style.  My mother-in-law loads her with currants, which I find absolutely vile.  There’s hardly any good, gooey filling – it’s all just currant.  I usually pass on these ones.  No thank you!  In recent years, we’ve convinced her to make us some with pecans instead, which pleases both myself and my hubby, cause he hates that damn dried fruit, too.

Now, I don’t have anything against raisins in general. In fact, I quite enjoy them.  But in butter tarts?  Jog on, friend! 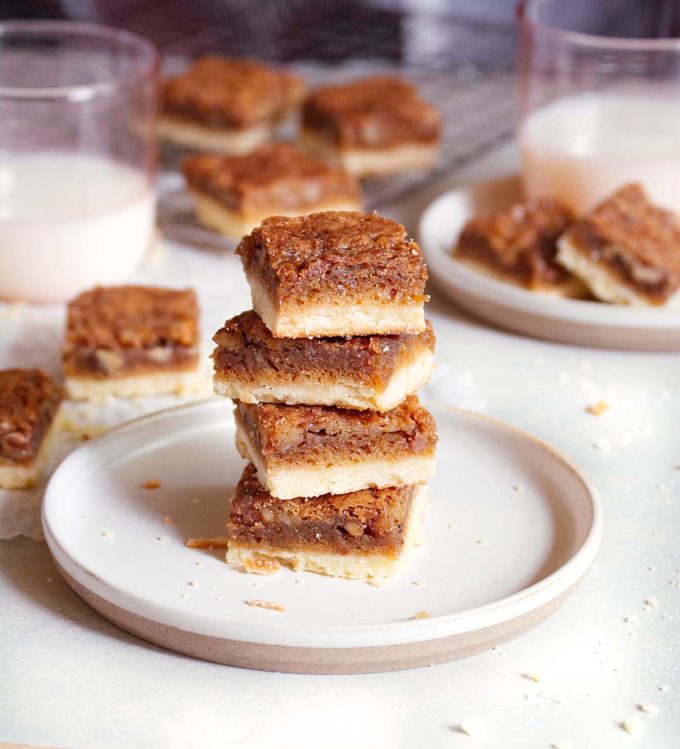 So, with little time on my hands, I find it easier to just make butter tarts into squares than to actually take the time to fill a million little tart shells (store-bought, naturally, cause this girl ain’t got the time for homemade).  It all starts with a shortbread crust, and the gooey filling is poured on top.   I like to add some pecans to my butter tarts instead of raisins.  I like the flavour and the texture a lot better.  The addition of either is completely optional – these tarts are still insanely good without them. Regardless of your stance on filling ingredients, this recipe is still super quick and easy, and just as satisfying as the tart version. 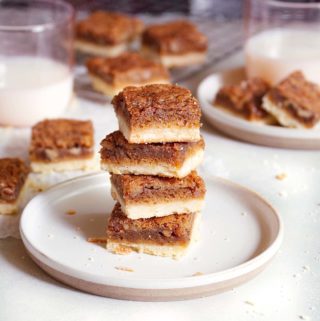