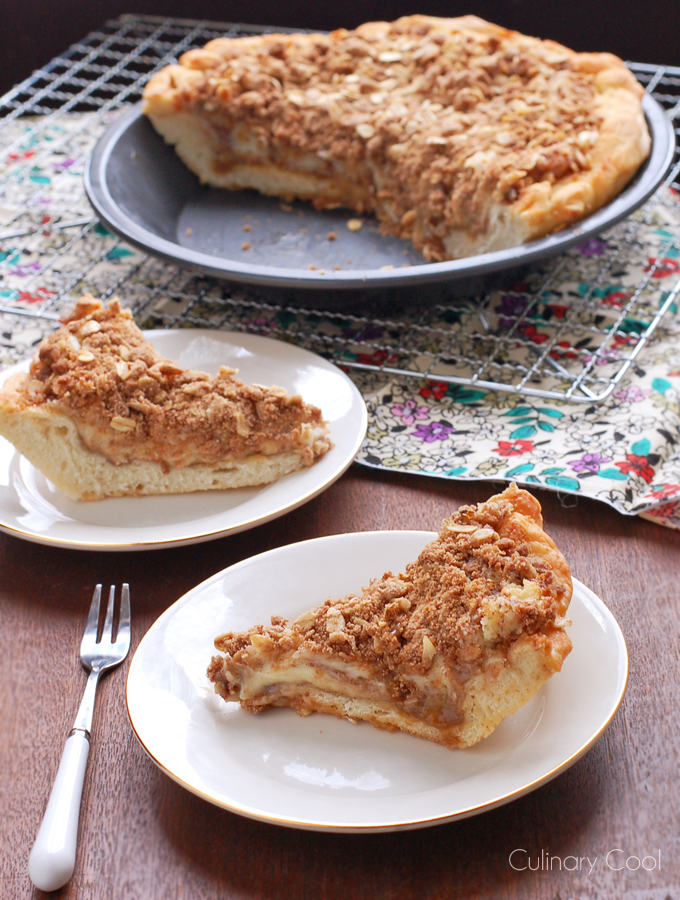 The day has arrived.  The day that I’ve been brainstorming ideas for all month.  Its Pi Day.  I missed it last year, so I knew I had to concoct something this year.  I scoured cookbooks and magazines and kept coming back to this.  Cinnamon Bun Pie.  It’s far from your average pie.  It has a dough crust instead of flaky pastry and the filling is a rich and smooth cheesecake, layered with brown butter and cinnamon.  To top it off, a crunchy, sweet streusel.

In a way, cinnamon bun pie is a ‘lazy’ cinnamon roll.  There’s no rolling and cutting involved.  Instead of smearing or drizzling cream cheese frosting over the fresh-from-the-oven rolls, you simply make it into a filling and pop it into the oven. 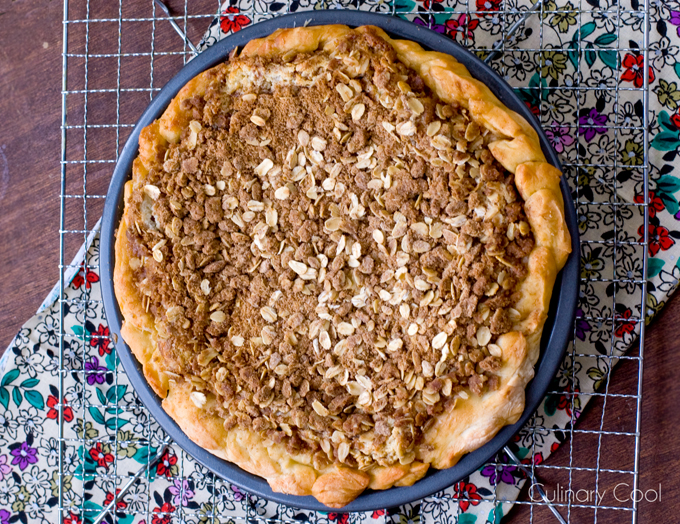 This recipe is from the Momofuku Milk Bar cookbook and can look intimidating with all the different steps, but I assure you, it’s not complicated.   It requires some planning ahead, such as making the cheesecake filling and allowing it to cool completely and giving yourself about an hour for the dough to be ready.  You also should let the baked pie cool completely which allows the cheesecake filling to set fully.  Rest assured, the wait is completely worth it! 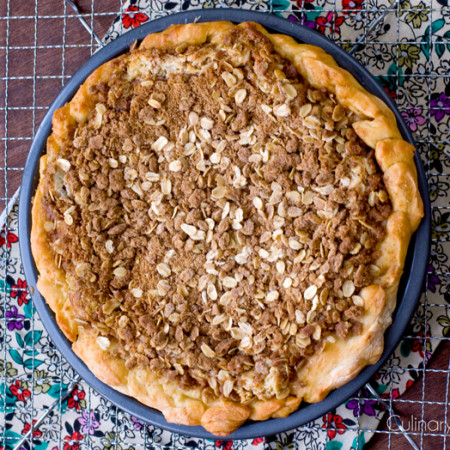 To make the Pie

To make the Mother Dough:

To make the cheesecake

To make the streusel

To Make the pie

To store: wrap in plastic wrap and keep in the fridge for up to 3 days (or freezer for up to 1 month).
To serve: slice and warm in the microwave for 30 seconds on 100% power. Or you can preheat the oven to 250 degrees F and warm the whole pie for 10-20 minutes. Recipe from Momofuku Milk Bar
Did you make this recipe?Mention @culinarycool or tag #culinarycool!
Pin
Share
Tweet
Previous Post: « Brownie Cookies with Peanut Butter Frosting
Next Post: Avocado Salsa »